'I got a call at 12.25am one night getting complaints and Facebook is alive with it...' 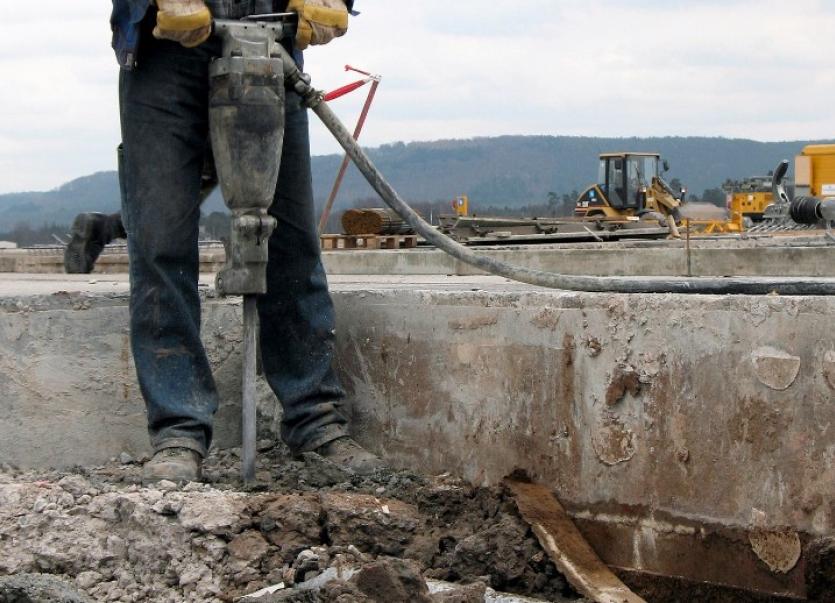 A councillor has hit out at a "jackhammer" being used late at night during Irish Water works.

Cllr Arthur McDonald told a meeting of Bagenalstown Municipal District that there was "a lot of jackhammer work going on" late at night in Bagenalstown and added: "I believe that's illegal."

Read also:  Irish Water works may cause disruption in Graiguecullen this week

He said: "I got a call at 12.25am one night getting complaints and Facebook is alive with it. There's no working being done today, will they be back tonight?

"All during the summer they were working until 4pm and now they're in a hole at 10pm or 11pm digging and its raining.

"There's nothing wrong with their work ethic but they got their seasons wrong."

"The old water mains in Bagenalstown were in very poor condition with high levels of leakage and frequent bursts leading to sudden unexpected loss of supply to the town.

"While the new water mains were installed along the Royal Oak Road during the summer, the current phase of the project involves connecting these new water mains to the existing water network in Bagenalstown.

"This necessitates the water network to be shut down to allow the connection take place. In order to minimise loss of water supply to local businesses and residents during daytime hours, the decision was taken to carry out these works at night.

"We appreciate that night works can be disruptive to local residents and all efforts were taken to reduce noise as much as possible.

"However in some circumstances (e.g. where underground rock or concrete are encountered) some noisy work was unavoidable.

"We can confirm that the new water mains have now been connected to the existing network and the requirement for night works has now passed. All remaining works on this vital project will be completed during daytime hours.

"We would like to thank the people of Bagenalstown for their patience and support as we complete this essential work."