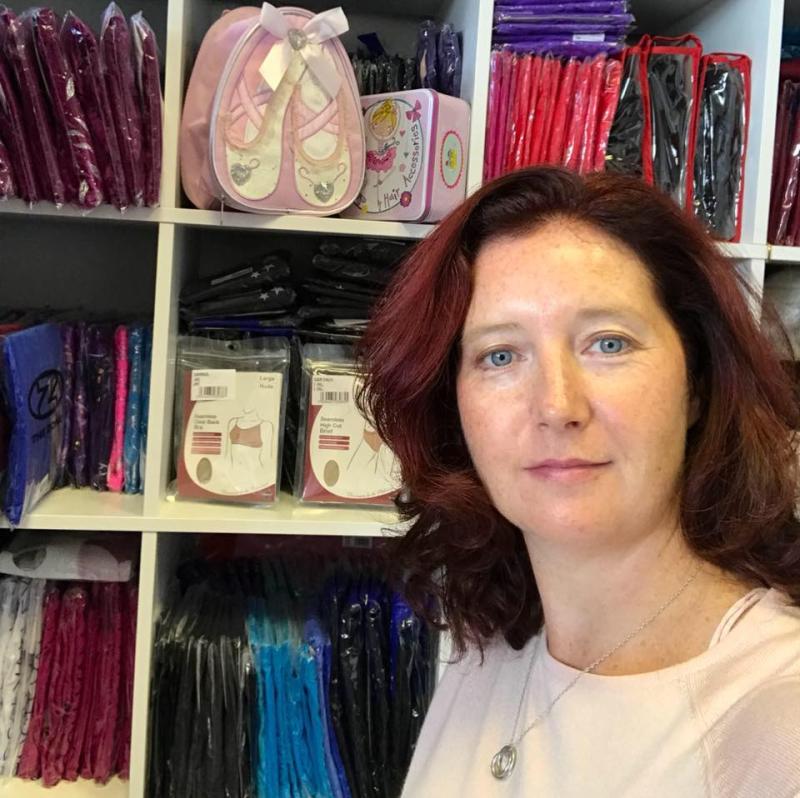 Carlow's link to RTÉ's hit show Dancing with the Stars is helping the celebrity contestants put their best foot forward every week.

RTÉ's Dancing with the Stars returned last weekend for its third series as the popular show gets up and running once more with a whole host of new celebrities.

An average audience of 518,000, with an overall audience share of 37%, tuned in to Sunday night’s kick-off and right at the heart of the show was a local Carlow business.

Studio Dancewear is a dance supply store owned and run by Jane Byrne (pictured above), a former teacher of ballet and modern theatre dance, who is orginally from Arklow but is in Carlow for the last seventeen years.

She has been supplying the show with dance shoes since its inception after a serendipitous meeting with one of the show's contestants back then during the inaugural series back in 2017, Dr Eva Orsmond.

Speaking to Carlow Live, the mother of three of told us the story of how her products ended up on prime time television every Sunday evening.

She began by saying: "I’m a qualified dance teacher and taught for just over fifteen years, ballet and modern dance, but when children arrived on the scene it made it too difficult to run a school and be a full time mum so I stopped teaching eleven years ago.

"Four years ago, I opened Studio Dancewear, I always knew I’d have a dance store some day and our youngest was two at the time so I worked from home, started a website and went to different dance schools, contacted as many schools/clubs nationally as I could and just told them my story and asked for the opportunity to supply them with dance/gymnastics wear.

"Two years ago I had to take back our home as it was overrun with stock so I moved into a small office space in the Fine Framers Building, originally it was somewhere to store stock but within two weeks I had a walk in shop as word spread that I was here.

"Jumping forward, when DWTS was announced back in 2016, I was already an exclusive Irish supplier for International Dance Shoes, who supply Strictly, so I basically rang and emailed the production company my details and asked for the opportunity, again, to supply them.

"It was in November that I had a stand at an event in Tullow where I met Dr Eva Orsmond, she ordered shoes from me, I had no idea she was a contestant on the first series but when she got the shoes from me, she showed the costume department and they rang me directly to place an order, so it started from there and I’ve been supplying them since."

She added: "One small detail is even though I’m in with Fine Framers, unfortunately the building has been sold and I am on the lookout for somewhere to go.

"I currently open in the mornings when kids are in school, up to 1pm, then by appointment after 2pm and Saturdays, I’m a full-time mum first and foremost but adore what I do with my shop."

The shoes have been getting a positive reaction on social media too:

Jane has had over 40 years' dance experience and as a result, she understands what it can mean to the aspiring performer, whether you're a Sugar Plum Fairy getting your first pair of ballet shoes or leotard, or a dedicated student leaving home to embark on a wonderful dream of being the next big name in dance or gymnastics and Jane can cater for all your dancing needs.