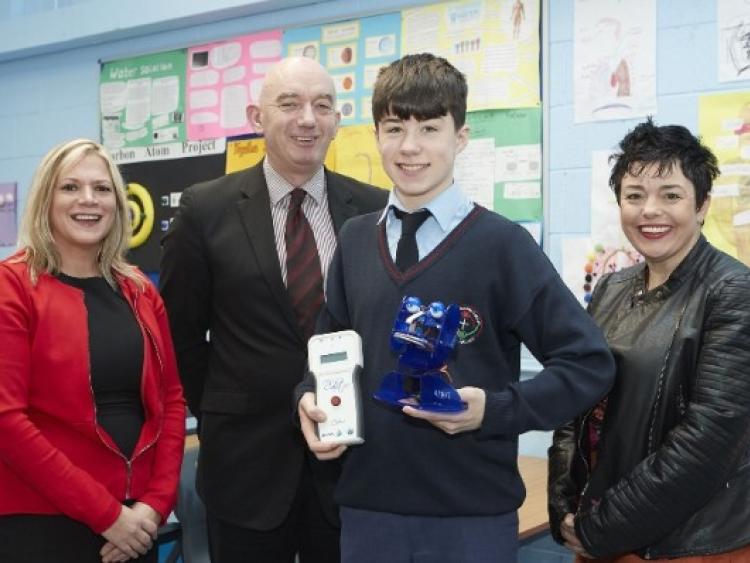 Two Carlow schools are getting ready to show their work at the BT Young Scientist Exhibition which kicks off in the RDS on Wednesday.

St Mary’s Knockbeg College in Carlow will be presenting their findings on whether or not being physically active is a clever idea and will look to see whether there is a correlation between academic success and physical activity.

While, Presentation College in Askea project is an aerosol collection for GLOBE.

Sean's project is the GLOBE program sponsored by NASA and involves measuring air quality in Carlow using an instrument designed by a French Space Centre.

The school's principal, Mr Ray Murray has given great support to the project.

Sean's mother Mary (far right) in the photo will attend the BT competition with her son.

Taking place at the RDS, Dublin from January 9-12, the brightest minds from across the island will gather under one roof to compete for the coveted title of BT Young Scientist & Technologist(s) of the Year 2019.