Fines being issued off the back of CCTV evidence 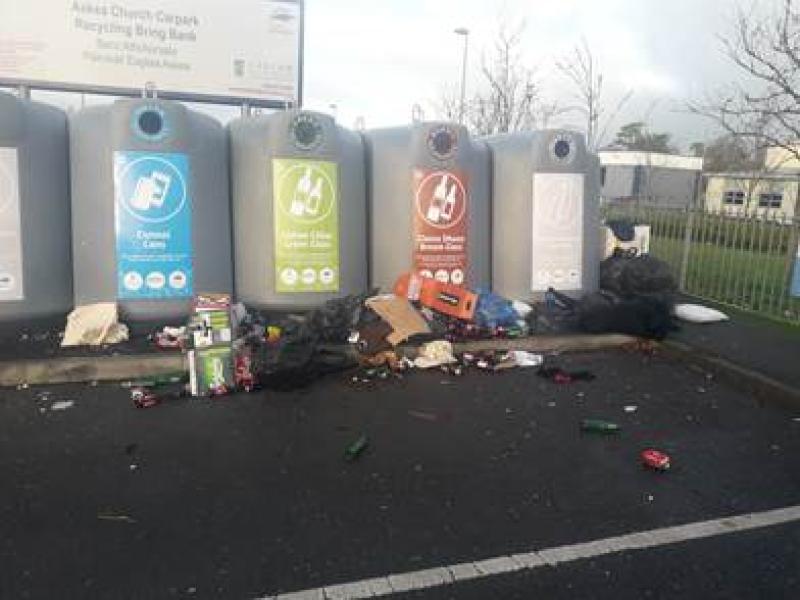 Carlow County Council will have issued up to 50 fines by the end of January for illegal dumping at the county's bottle banks.

Read also: Evidence gathered and fines to be issued after illegal dumping at bottle banks in Carlow

During the holidays and into January there were a number of complaints regarding banks at Askea, Tullow and Borris.

All of the banks in the county were serviced in the days before Christmas.

Director of Services, Dan McInerney, has said: "Twenty fines have already been issued on the basis of CCTV and before the end of January we will issue another 25-30 fines that we have enough evidence for."

There were 100 tonnes more in bottle banks last year than in 2017 which is evidence of their success despite the fly-tipping.