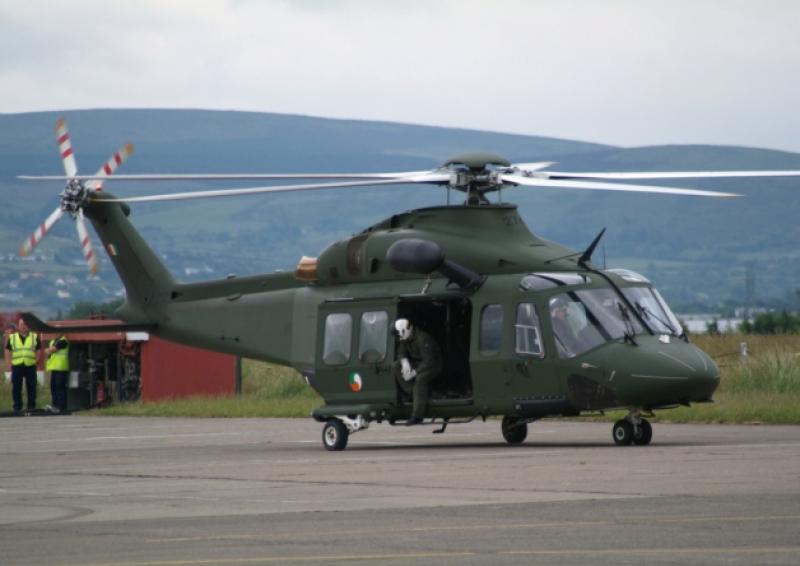 That’s according to Fine Gael Deputy Pat Deering, who hailed the support provided to rural communities by the women and men of the Air Corps.

The Air Corps responded to a vast range of Aid to Civil Power (ATCP) and Aid to Civil Authority (ATCA) requests during 2018 - assisting An Garda Síochána, the HSE, local authorities and other key agencies of the State.

EAS Service missions are a vital part of this work and involve Air crews supporting the HSE in providing a medical service for seriously ill patients, often in rural communities.

Since the commencement of the pilot Emergency Aeromedical Support (EAS) Service in June 2012 to 13 December 2018, the Air Corps has completed in more than 2,300 missions throughout the country.

"As we say goodbye to 2018, it’s only appropriate that we recognise the work of the Irish Defence Forces, of which the Air Corps is a vital component," said Deputy Deering

Among the more high profile exercises conducted by the Air Corps in 2018 saw crews travelling across the border to assist communities in Northern Ireland dealing with Gorse Fires.

Minister with responsibility for Defence, Paul Kehoe, said the Air Corps responded to a request for assistance "when our nearest neighbour was in need".

Minister Kehoe added: "During operations in 2018, approximately 900,000 litres of water were dropped via the “Bambi Bucket” concentrating drops on small areas, making an immediate impact on the wildfires."