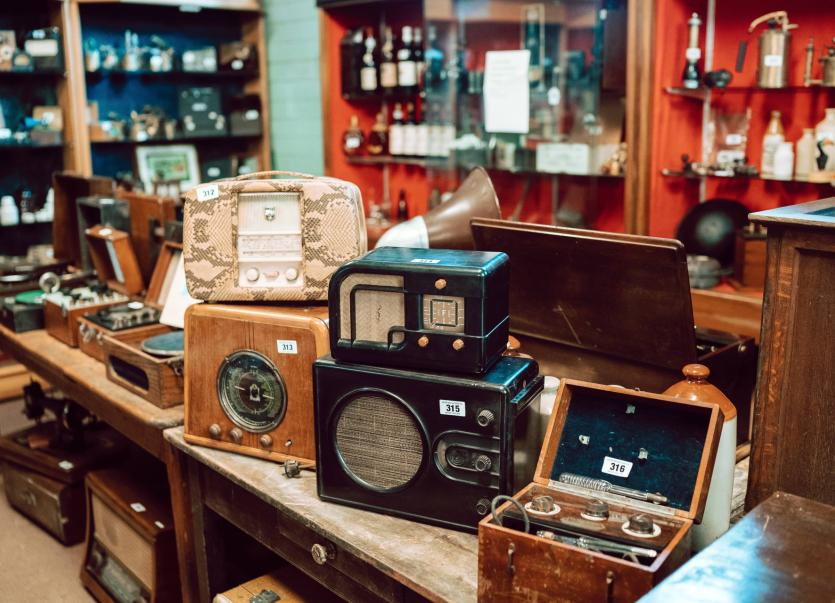 An auction showcasing a spectacular array of collectibles, advertising pieces, and rare pub memorabilia, from a Carlow musuem will take place on Wednesday and Thursday, January 30 and 31 at the County Cavan auction house.

The sale will be of particular interest to collectors of musical artefacts as it will include the complete contents - over 700 lots - of the iconic "Cottage Collection" private museum, formerly open to the public in Ardattin Village, Carlow.

Included are rare radios, gramophones and domestic trinkets representing decades of collecting by Jimmy Quinlan and his late wife Frankie, the sale is drawing interest from audiophiles and collectors from across Ireland and around the world.

Reared in the gate lodge of Ballymoe where his father was caretaker, Jimmy Quinlan’s fascination with domestic gadgetry and his ability to restore and repair is just one element of what makes this collection so special.

His urge to collect and fascination with restoration began at a young age when Jimmy built his own radio out of old parts during his school years.

As he grew older, Jimmy and his wife Frankie spent much of their time travelling in their 1973 vintage camper, touring all over Ireland and England and amassing many collectible and antique items on their travels.

As his collection grew, Jimmy began restoring to pristine condition the majority of the items he rehomed – many either run down or abandoned when he acquired them.

The collection began as a hobby, but as it grew it took over their family home, with Jimmy stowing trinkets in all spare spaces and on all surfaces.

Realising the need to find a new designated home for their growing collection, Jimmy and Frankie purchased a derelict cottage across the road from their home in 1992 to house their domestic artefacts dating back as far as the 1700s.

In 1994 Jimmy and Frankie opened the property up to the general public as "The Cottage Collection", and the unique museum soon built a name for itself among both local and international visitors.

Domestic artefacts expected to be of interest to bidders include a rare 19th century coffee grinder, the Ronning electrical footwear dryer and a braille type writer.

Reflecting on the popularity of his collection in the run up to this month’s sale Jimmy said: "Many tourists have taken delight in stepping back in time and revelling in the vast collection of forgotten household items housed within The Cottage Collection, with guests coming from all over the world – even as far as Australia and America.

"The collection has brought me a lot of happiness for many years and it has been great to see it grow in to the vast collection it is today, however it is now time to let these pieces go to new homes and join other rare collections across the world."