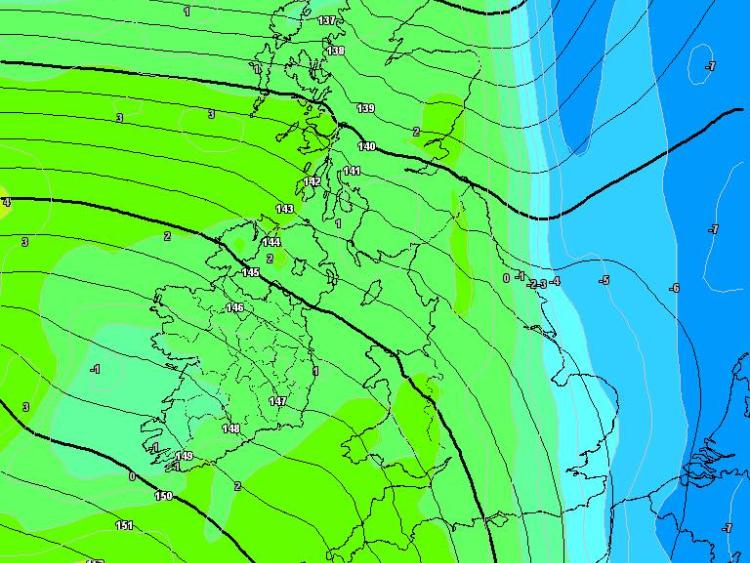 Charts showing the forecasted upper air temperatures for the next 120-hours predict milder weather from Thursday through Friday and into Saturday but turning colder again then by around January 27, according to www.carlowweather.com.

These charts show the forecasted upper air temps for next 120 hours, as you can see milder from Thursday through Friday and into Saturday but turning colder again then. pic.twitter.com/vU6Bi34BzF

According to Met Éireann, it looks set to be mostly cloudy on Thursday with occasional rain or drizzle.

Top temperatures will range 7 to 10 degrees in moderate westerly or variable breezes.

However, current indications suggest next week will be cold and rather unsettled. There will be frosty nights and an increasing risk of wintry precipitation.