Did you watch him on the programme? 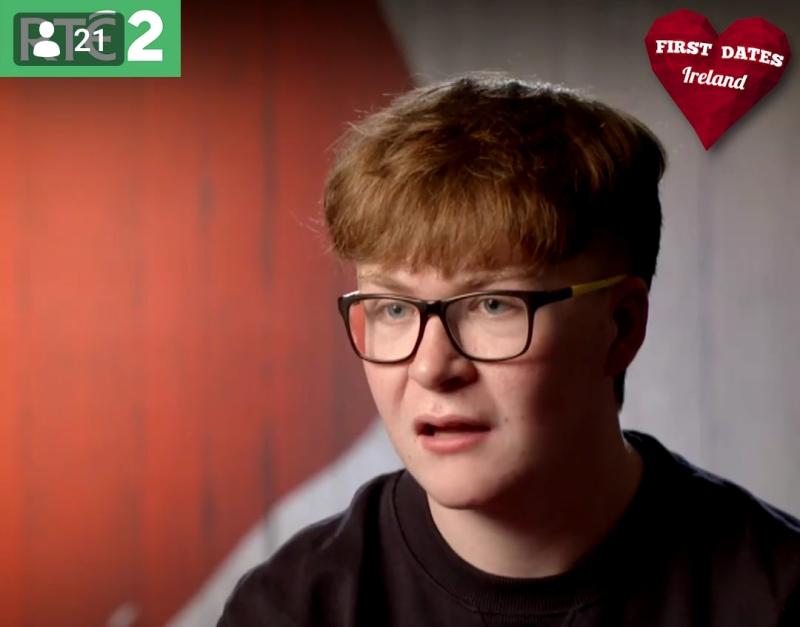 A student from Carlow captured the heart of the nation on Thursday night after he appeared on RTÉ's First Dates Ireland and talked about how he sometimes feels lonely as a gay man.

Tadgh Griffin, 18, first appeared on the hit show playing a violin and was paired up with Zack, also 18, from Offaly.

The Carlow native told his date that he had never had a relationship and when asked on the show if he gets lonely, he said: "Ya, I do. It usually just happens after a night out.

"It's taking me a while to be able to talk to lads, even straight lads."

‘It’s not possible to say all the time, “I’m proud to be gay.”’#FirstDatesIRL pic.twitter.com/v7HjhPUcQ3

Tadhg, a well-known singer and musician in Carlow, added: "I am proud of who I am, I am really proud of my personality and I am proud of being gay, but it's not the main thing about me.

Social media lit up in support of Tadhg and praised the young man for the candid comments about his life.

He also talked about the time he dressed up in drag for a secondary school show and got the "chaypest red dress from Penneys" which was a hit with those on Twitter.

Awww Tadgh I want him to find somebody so bad #FirstDatesIRL

I got the chaypest red dress from Penny's. #Classic I wanna go for pints with Tadhg #FirstDatesIRL

Ah he can sing AND play the piano. Tadgh is amazing #FirstDatesIRL

Tadhg and Zack hit it off too and agreed to go on a second date because they "had a lot in common" and Tadhg said it was "a very good first date to have".

First Dates Ireland is on RTÉ 2 on Thursday nights at 9.30pm.