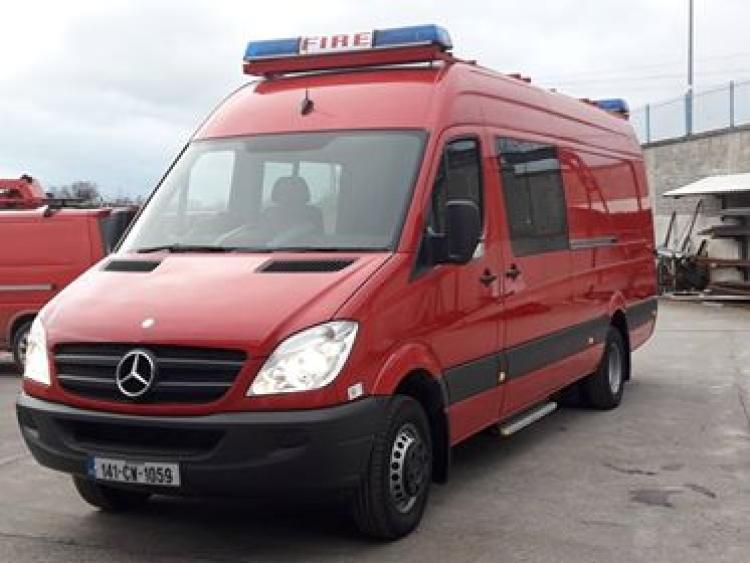 A picture of the van (Source: Carlow Fire Service)

Carlow County Council and the Fire Services have issued a statement after Carlow Live revealed this week the local authority is selling a Mercedes Sprinter van that has been in "dry storage" since 2014.

Read also: Carlow County Council selling Mercedes Sprinter van that has been in 'dry storage' since 2014

In a statement in response to a query from Carlow Live, Acting Chief Fire Officer, Alan O'Neill, said: "The vehicle and all ancillary equipment was originally purchased in 2014 and was to be used as the South East multi-agency Major Emergency Management (MEM) incident support vehicle.

"The 3 Principle Response Agencies (PRA’s), Health Service Executive, Garda Siochanna, & the Local Authorities would then have access to use it if and when it was required.

"Unfortunately, due to the large size of the vehicle, it could only be driven by Class “C” licence holders. This did not suit the large majority of An Garda Siochanna or the HSE personnel.

"As stated in the tender documents, the equipment will have to be installed and commissioned by a competent conversion specialist if intended for use as it was originally purchased.

"This work and the fit out of the vehicle had to tender and the total cost to build the unit from scratch was deemed too expensive at the time considering the amount of money the vehicle and equipment had cost.

"It was put into storage pending funding. With the current economic climate, funding has still not been released and a decision was made last November by

"The South East Regional MEM Steering Group to sell the vehicle and all associated ancillary equipment.

"Although it is registered to Carlow, It is neither a Carlow County Council or a Carlow Fire and Rescue Service asset.

"Carlow County Council are selling it on their behalf as directed by the South East Regional Steering Group."