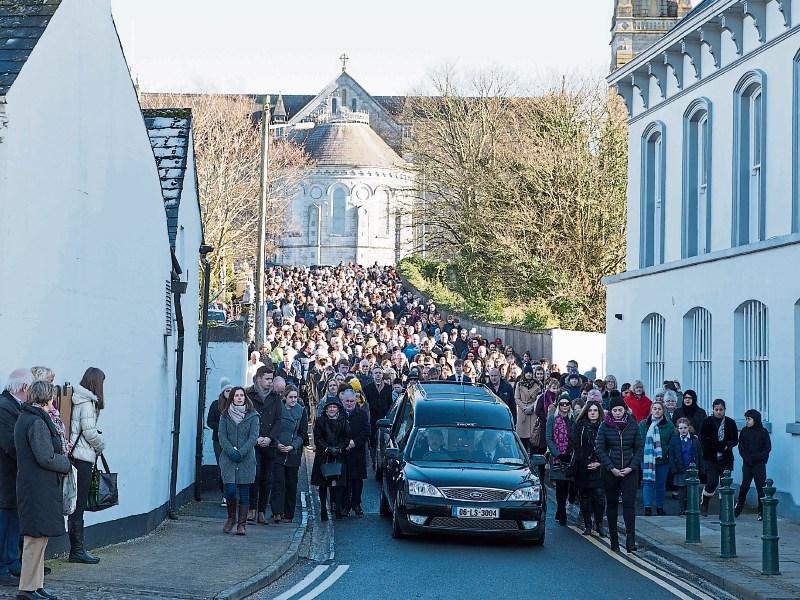 Gardaí in Laois are treating the death of the Parish Priest of Abbeyleix as a tragic accident, but they say it will be some time before the exact cause is confirmed.

Gardaí are working on the basis that Fr John Cummins, 52, was likely to have been killed instantly after being struck by his own car last Wednesday afternoon, January 30.

While the investigation is ongoing, it is understood he suffered catastrophic injuries while attempting to stop the car from rolling down the driveway of his home at the parochial house on the Ballinakill road.

Gardaí are investigating the matter as a road traffic accident but are satisfied at this point it was a "tragic accident".

However, a full investigation will take place into the cause, and reports will be completed for a hearing of the Coroner's Court.

A post mortem was carried out on the remains of the priest in the Midland Regional Hospital Portlaoise. The vehicle has also been inspected by Garda investigators.

Gardaí, Laois Fire Service and HSE paramedics all attended the scene but were unable to save the life of the priest who had become popular since he was appointed PP in August 2017.

Fr Cummins was laid to rest on Monday afternoon after Mass in Newbridge where his family still run the popular Con Cummins pub on Main Street.

His adopted community in Abbeyleix and Ballyroan parish mourned his loss in large numbers last Saturday where Requiem Mass was celebrated at the Church of the Most Holy Rosary.

Prior to Abbeyleix, Fr Cummins had served in Naas for four years, five years in Rome and a further five years as Chaplain at Carlow IT and 12 years in Carlow Cathedral, 11 as administrator.

Bishop of Kildare and Leighlin, Denis Nulty celebrated the Mass which was attended by family, friends, colleagues in the clergy and many local people.

"There are so many people feel bereft and adrift when someone so gifted, so able, so talented is taken away literally in the twinkling of an eye. We are indeed broken and crushed.

"He loved being a priest. He gave his life to the church and for the church. He made being holy positive again.

"At a time when the church needs more good priests on the pitch, it feels if God scored an own goal last Wednesday evening. John was not just a good priest he was a great one," he said.

He was laid to rest on Monday after Mass in his native Newbridge.