The warnings were issued on Thursday 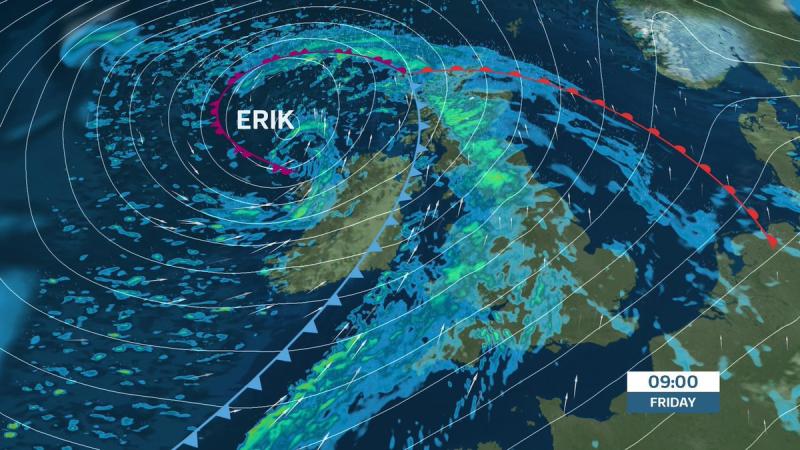 A Status Yellow weather warning has been issued for Carlow and we now have Storm Erik which Met Éireann have named as the fifth storm of the season.

Orange weather wind warnings have been issued by Met Éireann for Donegal, Galway and Mayo with a yellow warning for the rest of the country.

The yellow wind warning for Carlow predicts Southwest to west winds which will reach mean speeds of 50 to 65 km/h with gusts of 80 to 110 km/h.

Along exposed Atlantic coasts these values may be exceeded for a while and with very high seas this will give the risk of coastal flooding.

The warning is valid from 5am on Friday morning to 6am on Saturday.

We now have #StormErik which @MetEireann have named as the 5th storm of the season. Keep an eye for Weather Warnings coming later. pic.twitter.com/QCShSG1Rna