An issue on the border 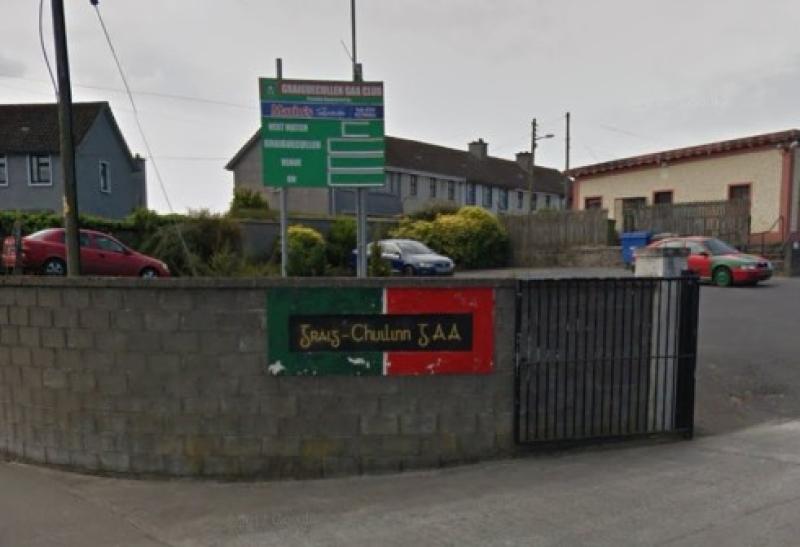 Graiguecullen GAA have hit back over the "inappropriate action" of Killeshin GAA club who they claim made attempts to poach their players.

Graiguecullen said they had been forced to issue a statement over the distribution of leaflets in a number of housing estates in the area by juveniles and adults from Killeshin GAA club last Tuesday evening.

The leaflets were distributed into numerous homes - including those of existing Graiguecullen players, the club claims.

Posters and advertisements have also been placed in establishments in the area.

The statement said: "The flyer and posters gave details regarding a registration evening inviting players from nursery to U17 years of age to join Killeshin GAA. As a club, we find this action highly offensive, insulting and an invasion which goes against the ethos and values of the GAA."

The club also give a definition of poaching in the statement where "one club was poaching members from another".

Killeshin chairman, Gavin Deering, has refuted the accusations leveled at the club.

He said: "I don't see where we did anything wrong, we are getting into a few local housing estates where a lot of people are after moving down from Kildare or Dublin.

"We were very disappointed with the poaching statement, we had no intention of poaching players and I found that definition a bit ridiculous. We purposely waited until after January 31 (the deadline for transfers) to hand out those flyers."

Mr Deering also added that "one or two of the estates mentioned are technically in Killeshin" and that "both clubs are in the one parish, so they (potential players) are entitled to play for either club."

The two clubs are due to meet in the Kelly Cup this Sunday in Killeshin at 3pm.

Read the full statement below from Graiguecullen GAA: 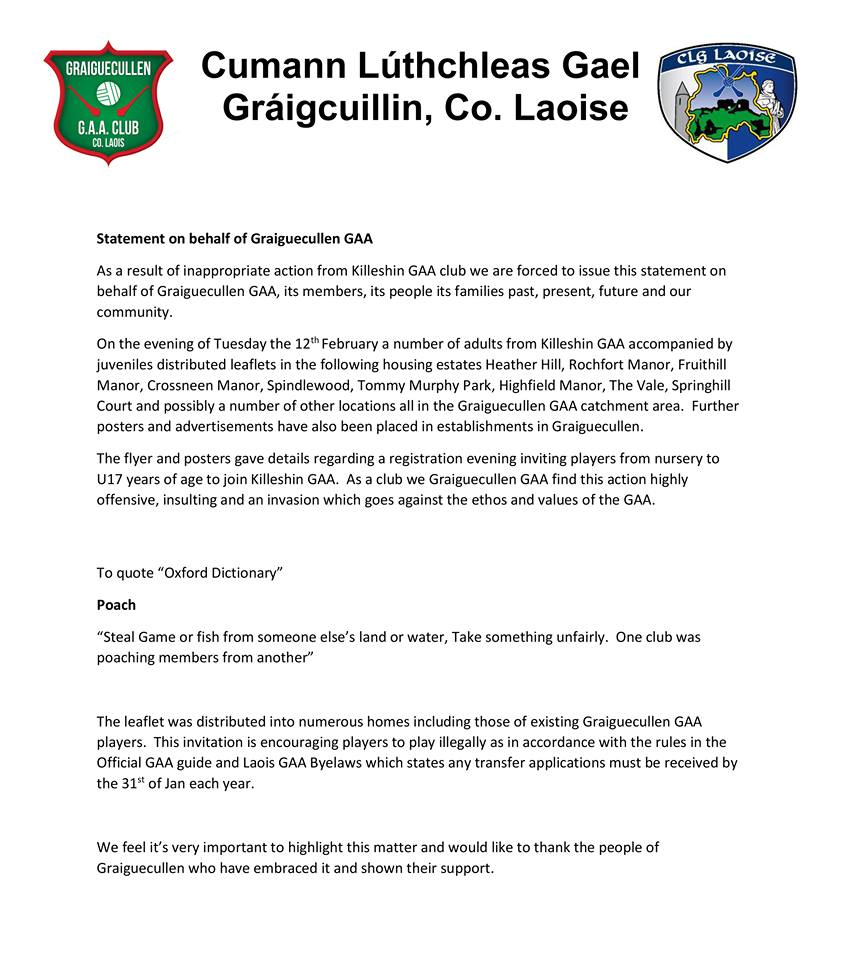