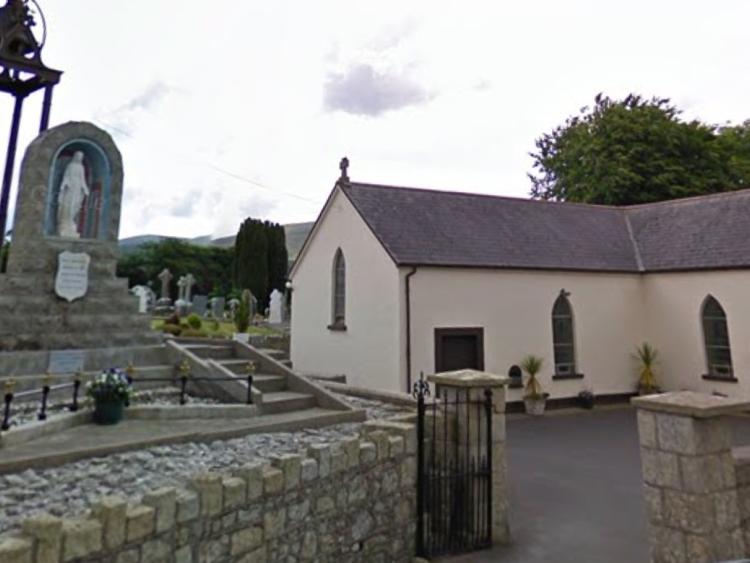 The funeral has taken place of Eamon Kavanagh, 16, who was killed in a car accident on Mount Leinster last weekend.

Eamon, from Myshall, was fatally injured when the car he was driving struck a wall. He was pronounced dead at the scene and his body was taken to Waterford Hospital.

The four other male occupants of the car, all in their late teens, were taken to St Luke's Hospital and Waterford University Hospital and one remains in a serious condition.

Father Michael Doyle, the chief celebrant, said: "There can be no brushing over, no whispering or secrets here.

"As a family, we are all moved to tears though not as much as Eamon's parents, Jenny and Jim, his brothers and sister Jamie, Sean, Evan and Lauren.

"The death of a child moves us in a way that words cannot be expressed. Each of us is at a loss as to what to do, what to say...there are so many unanswerable questions, but at this juncture it is more important that we reach out to one and other in compassionate care, in love, prayer and support for one and other."

Borris Vocational School - where Eamon was a 3rd year student - paid tribute to the young teenager describing him as someone who "will be greatly missed by all who knew him".

Symbols of Eamon's young life included a riding helmet symbolising his great love of horses and showjumping, a GAA shirt and a boxing glove. There were photographs – of the family, but also of Eamon with his beloved horse, PJ, and sheepdog Moss.

There was a model tractor, a bag of jellies and a hurley, signed after his death by his friends.

Fr Doyle added: "Eamon had a great nature...He was an obvious extrovert and yet he was very sensitive, a lad who prized loyalty. His love for his family and friends, for showjumping and sports are the stuff of legend."

For a eulogy, a message read on behalf of the family, depicted Eamon as a "lovable rogue with a great sense of fun and a cheeky smile", the Irish Times has reported.

"He was happiest whenever he was with horses and was an absolutely gifted horseman... Eamon was brought up in a very close family, and was a great chap at telling his parents that he loved them.

"He was a very popular young lad...Eamon was a strong, unassuming, outgoing person with a soft word when needed...Eamon loved living near Mount Leinster and would travel for miles with his pony PJ and sheepdog Moss bringing in the sheep.

"He was a young lad who loved nature. Eamon will be sadly missed by his family, friends and all who knew him. All we can do now is remember him with love, and think back fondly of the memories that he brought into our lives.

"Good night Eamon; rest in peace, young man. We will never forget you."