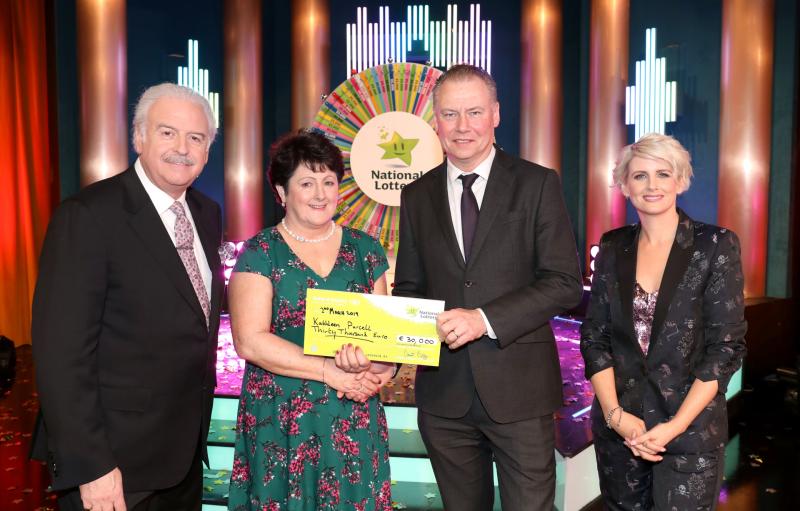 A Carlow nurse scooped prizes to the value of €30,000 when she appeared on the National Lottery Winning Streak TV game show on RTÉ One last Saturday, March 2.

Kathleen Purcell from Crettyard, a nurse at Abbeyleix Hospital for more than 13 years, was joined in the Winning Streak studio Saturday by her husband of 40 years, John, the couples five adult sons Ray, Shane, Niall, Jason and Keith and six grandchildren Sophie, Mason, Lily, Aaron and twins Charlie and Aisling.

Kathleen was on her way to work last Saturday week when she got a call from one of her sons to say she was drawn to appear on Winning Streak.

Any doubts she had that her leg was being pulled were cast away when she arrived at the hospital to congratulations from colleagues and residents.

As well as €5,000 cash Kathleen won an electric car to the value of €25,000 on Saturday’s show. In her spare time she loves reading and travelling.