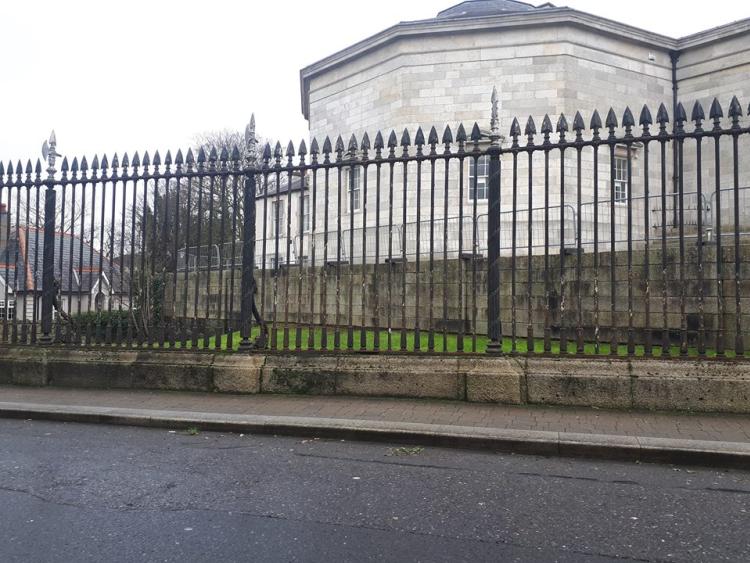 A section of the Courthouse railings in Carlow Town will shortly go out to tender and this will determine the "final costs of project".

Cllr Fergal Browne has provided an update after a meeting with the Courts Service and the Office of Public Works.

He said: "The Courts Service stated they were obliged to restore the unique 190-year-old railings at Carlow Courthouse and committed to doing same."

A section of railings going out to tender shortly will allow them to work out the "final costs for the project and identify any underlying issues".

He added: "I also raised the need to put in permanent railings at the top level of the Courthouse steps from a health and safety point of view (temporary fencing there currently).

"These works were agreed to as well. A follow-up meeting is to happen after the first section of railings have been repaired."