Programme to develop stronger links with the US Diaspora 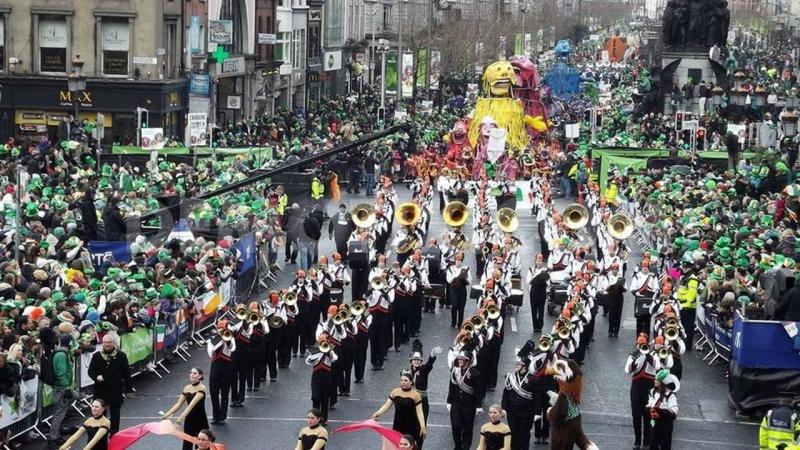 Cathaoirleach of Carlow County Council, Cllr Brian O’Donoghue, will lead a visit to New York as part of the St Patrick’s Day Programme to develop stronger links with the US Diaspora.

The Carlow contingent will look to develop contacts and connections in an effort to promote Carlow as a place to visit and do business as part of the inCarlow promotional project.

Accompanied by the Chief Executive, Kathleen Holohan, Cllr Andrea Dalton, representing the Mayor of Carlow Municipal District and Head of Enterprise, Kieran Comerford, a programme has been developed to explore new opportunities for Carlow.

The progamme includes a variety of meetings with officials in the US enterprise agencies, private enterprise and Diaspora links in New York.

As part of the official visit the delegation will take part in the New York St Patrick’s Day Parade and connect with the Irish-American Chamber of Commerce and attend a gathering of the Carlow-New York Association.

Carlow County Council in October 2018 launched the inCarlow project in order to directly promote County Carlow as a location of ambition, innovation and success for industry and over the past number of months have been working on a variety of relationships in order to avail of new opportunities for the County.

Speaking about the visit Cllr O’Donoghue said: "It’s a privilege to represent County Carlow in New York for 2019 by leading the St Patrick’s Day delegation.

"I was keen to ensure that this opportunity was utilized in order to develop relationships and connections that in the long term will have impact for the county."

He added: "It's our job as elected officials to work with the executive of the Council to ensure we avail of every opportunity to promote the County and I’m keen that Carlow develops its International connections in order to benefit Carlow from a social, cultural and economic viewpoint."

"We as Carlow people are proud of our International Diaspora and look forward to the gathering of the Carlow-New York Association in particular as part of the visit," he said.

Kathleen Holohan, Chief Executive with Carlow County Council, said: "It is widely acknowledged that St Patrick’s Day provides a unique opportunity for us to connect with the Irish who have a strong link with Carlow living in New York and I look forward to building connections with our Diaspora and the wider economic and political community in New York."

Speaking about the economic benefit of the opportunity, Kieran Comerford, Head of Enterprise with the Local Enterprise Office said: "Since the development of the Council’s Diaspora and Twinning Strategy we have been actively working on our international relationships and partnerships in order to develop tangible projects which benefit communities on both sides."

He added: "Economic benefits from these projects come in many forms from direct trade links to educational tourism exchanges and we have a variety of different relationships across the globe from student exchange with Tempe Arizona, cultural activities with Luxemburg and educational links with Dole in France to name but a view."

Deputy Mayor of Carlow Municipal District, Cllr Andrea Dalton, said: "It's an honour and a privilege to represent Carlow in the St Patrick’s Day Parade in New York and the associated meetings and activities which are being hosted".

"Creating global connections is essential in today’s marketplace," she added.