Tickets go on sale on Friday from 9am 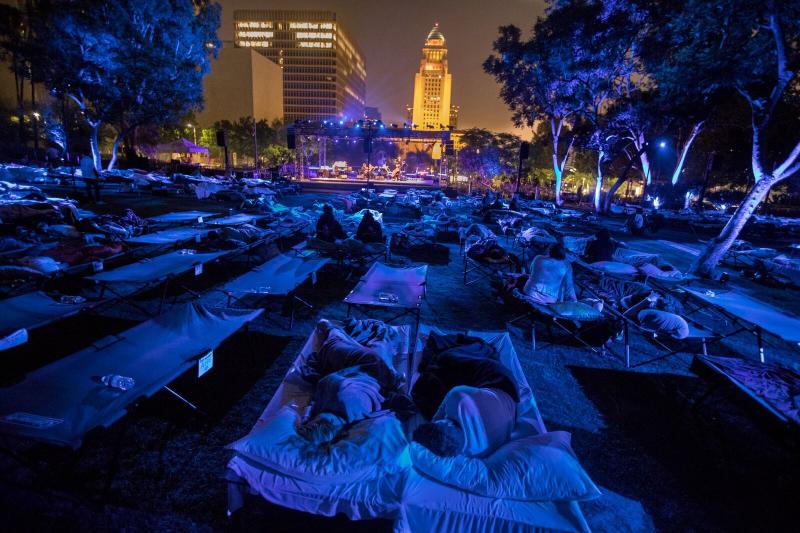 Carlow Arts Festival, the first big cultural event of the Irish summer, features a host of Irish premieres of Internationally acclaimed and award-winning shows each year.

This year, Carlow Arts Festival have announced the exclusive Irish premiere performance of Max Richter's full length Sleep as part of their 40th Anniversary celebrations taking place from June 4-9 of this year.

Max Richter's eight hour epic will be performed in its entirety for the first time in Ireland by The Max Richter Ensemble and soprano Grace Davidson on Friday, June 7 2019 at Carlow College, St Patrick’s on the first date of their European tour.

Attendees can reserve one of only 100 pre-pitched tents on the grounds at Carlow College, St Patrick’s to experience this massive work under a canopy of stars.

Composer Max Richter's Sleep explores new ways for music and consciousness to interact, described by Richter as "a personal lullaby for a frenetic world…a manifesto for a slower pace of existence".

Sold out performances at such venues as the Sydney Opera House, Philharmonie de Paris, Grand Park in Los Angeles, New York City’s Spring Studios, London’s Old Billingsgate presented by the Barbican and Amsterdam’s Concertgebouw are a testament to the work’s international acclaim.

Speaking about the exclusive premiere of Max Richter's Sleep in Ireland at Carlow Arts Festival 2019, Festival Director Jo Mangan said: "I had the extraordinary privilege to witness this work at SXSW in Austin, Texas last year.

"It was without doubt one of the most incredible artistic experiences of my life. The work is cleverly written to coincide with the lowest of heart beats when we are in deep sleep.

"I thought I would be able to stay awake and listen to the live orchestra throughout the night, but that was clearly not the case when the first swell of cello roused me from my slumber and was so powerfully beautiful that I found myself weeping.

"This cycle of sleeping, waking and weeping happened on multiple occasions throughout the night. From the moment I left the venue the next morning I worked to ensure this work was presented as the centrepiece for the 40th Anniversary of Carlow Arts Festival.

"It brings me great joy to be able to share this work with an Irish audience."

Max Richter’s work embodies both the rigour of the Classical tradition and the experimentalism of contemporary electronica.

Heart-stopping orchestral writing and mind-bending synthesis co-exist in his work; as he says, "Music exists beyond boundaries".

Richter writes beautifully crafted, intelligent work that is disarming in its honesty; his music, despite its underlying sophistication, remain accessible.

Ticketing Information:
Guests can reserve one of 100 pre-pitched 2 person tents priced €110 (+booking fee) to experience this inspirational work under a canopy of stars at the festival's HQ in the beautiful surrounds of Carlow College, St Patrick's on Friday, June 7 2019.

Tickets go on sale this Friday 29 March from www.CarlowArtsFestival.com with full terms and conditions and information.

Last year Carlow Arts Festival welcomed a record number of visitors to their 5-day festival with over 43,000 people enjoying the festival which featured a feast of award-winning artistic adventures from Ireland, Catalonia, France, the UK, Belgium and Canada.

Carlow Arts Festival takes place from June 4-9 this year with the full festival programme launched on April 17 at  www.CarlowArtsFestival.com