Communities in Carlow have also been reacting to John's death 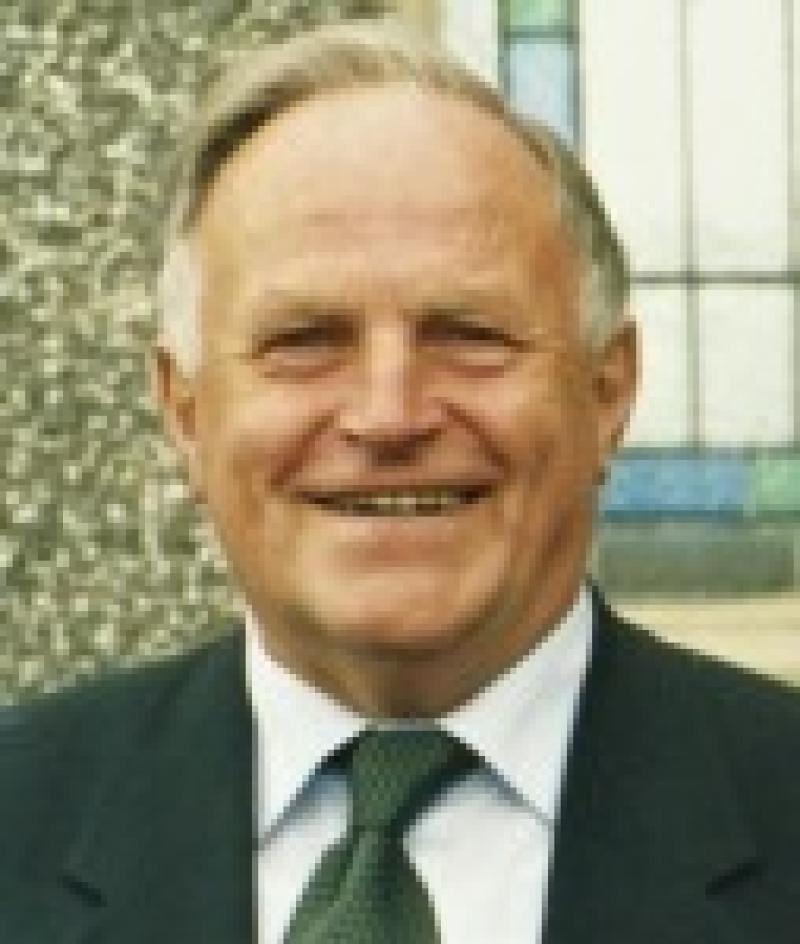 Taoiseach Leo Varadkar and local communities in Carlow have paid tribute to former Fine Gael TD for Carlow-Kilkenny, John Browne, following his death at the age of 82.

The Clare native served as a TD for 13 years until his retirement ahead of the 2002 General Election and was Fine Gael's health spokesman for a period in the 1990s.

He also spent time as a senator and served as his party's spokesman on communications in the Seanad in the 1980s. He served too as a Carlow County Councillor after he was first elected to the Council in 1979.

John, of Ballinacarrig in Carlow and Kilmihil in Clare, passed away after a long illness at home on Wednesday surrounded by his loving family and is deeply regretted by his loving wife Nancy, daughters Carmel, Deirdre and Geraldine and son Fergal.

"I was very sorry to learn of the death of a member of our Fine Gael political family, John Browne," Mr Varadkar said.

He said Mr Browne had served the people of Carlow-Kilkenny "and our country with distinction".

The Taoiseach also highlighted the fluent Irish speaker's "love of our language" which, he said "was evident in his many contributions in the Dáil and Seanad".

Mr Varadkar said that in his roles in health and communications Mr Browne had helped to shape the party's policies, and "made valuable contributions on a range of issues including European affairs, education, social welfare, the Irish language, criminal law, and overseas aid".

In a post on Facebook, Bennekerry Tinryland Community Games said: "John was a giant personality who exuded charm, humour, intellect and compassion, all in the same measure.

"He was a lover of everything Bennekerry, Tinryland, Community and Family. He worked tirelessly all of his life for the betterment of others, always with a smile on his face and a witty comment to boot.

"He was ever generous with his time, support and commitment to any group, community or organisation that captured his heart. He will be greatly missed."

Meanwhile Palatine GAA Club said: "It is impossible to put in to words the extent of the positive impact John had on our club and wider community over many, many years.

"He was an educator and a politician by profession but those titles do not even scratch the surface of the talents and attributes of a real one-off.

"He worked tirelessly all of his life for the betterment of others, whether within our club, Carlow Coiste na nÓg, Bennekerry NS or indeed Dáil Éireann, and it is absolutely fair to say that John’s sense of civic duty and decency was always evident.

"John made a mammoth contribution to the development of our club and we will be forever grateful for that.

"His dedication to writing the history of our club on our centenary in 2009 was simply outstanding and nobody else could have done anything like the job he did.

"His expertise in working on grant applications helped us to develop the wonderful facilities we have today. His aptitude for communication always painted our club in a positive light when he served as our PRO and more recently, his work on our weekly Lotto committee helped to keep our finances in check.

"These are only some of the contributions John made and there are many, many more, too many to list.

"He did everything with a smile on his face and was always fair. There was no grey area with John, right was right and wrong was wrong and that’s how he treated everyone within our club.

"Things will not be the same around our club without John. We will miss his very presence, his input, his wise counsel, his expert football analysis and indeed his whistling, you always knew John was nearby because he loved to whistle.

"We are heartbroken and will miss everything about John, our club and community is a much poorer place today without him. We will not see his like again."