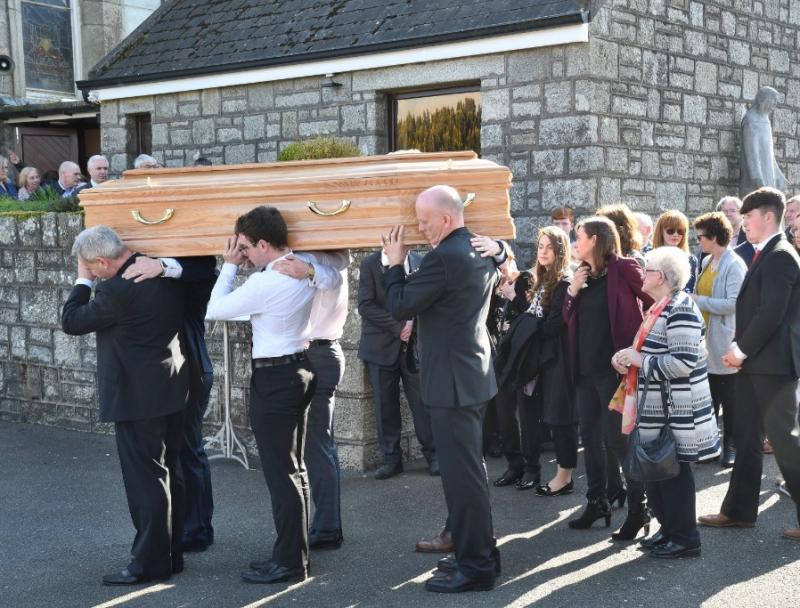 John, a teacher and former senator and TD, passed away on Wednesday after a long illness.

He is survived by his wife, Nancy and their four children, Carmel, Deirdre, Geraldine and Fergal.

His daughter, Carmel, thanked people for their attendance at John's funeral mass and said her father was loved by so many people.

She described him as a "straight-talking, loyal, hardworking and mischievous man".

She said while John was a native of Clare, the county of Carlow "was and is his adopted home" and he loved Bennekerry.

To hear phrases like "best teacher ever" from past pupils was so heartwarming for the family over the last few days, she said.

Meanwhile John's love and loyalty to Palatine GAA was "legendary".

She said: "He was a great community man, if he could help someone he would and no one else would know about it, this led him into politics.

"He never looked for glory. A man of integrity and honesty, we are so proud of him and all he achieved."

Today we are saying goodbye to our own "great Johnny Browne", Carmel added.

John was first elected to Carlow County Council in 1979 and served as chair during his stint on the Council and was then nominated to the Seanad in 1983 before being elected to Dáil Éireann in 1989 and he retired in 2002.

(Pictured below: Taoiseach Leo Varadkar signs the book of condolences outside Sy Mary's Church in Bennekerry) 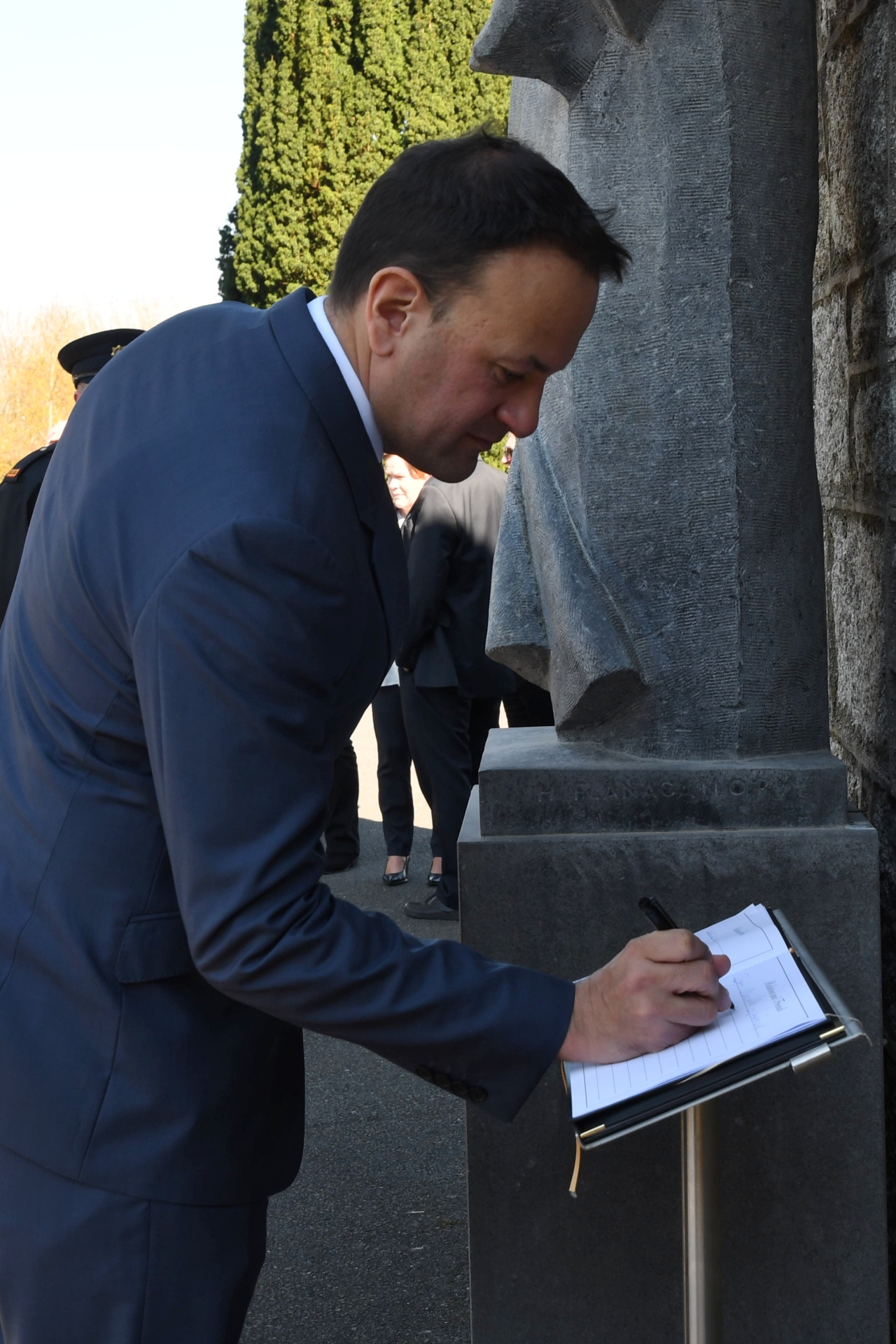 Symbols of John's life were brought up by his grandchildren during the mass.

The gifts included a Palatine jersey and a book John wrote about the history of the club.

A radio was brought up as a symbol of the hours he spent listening to politics and current affairs because knowing what was going on in the world was so important to him.

A family photo, family being John's "first love", was also brought up before grandson Mark told those gathered, "We thank God for giving us such a special Grandda and all the love he lavished on us..."

In remembering John, Fr Tom Little said: "This was the very spot that John proclaimed God's word to us, the place where he came to worship his God."

John and Nancy were 53 years together and were blessed with four children and eleven grandchildren, Fr Little told mourners.

He said that John was also blessed to be a teacher and he was "somebody who helped many to know the ways of the world...helping them to become the best person they could be".

John felt as well that through politics "he was able to help others".

He was indeed "an inspiration" and he really was a committed church person, Fr Little said.

Burial took place after the funeral mass in the adjoining cemetery.