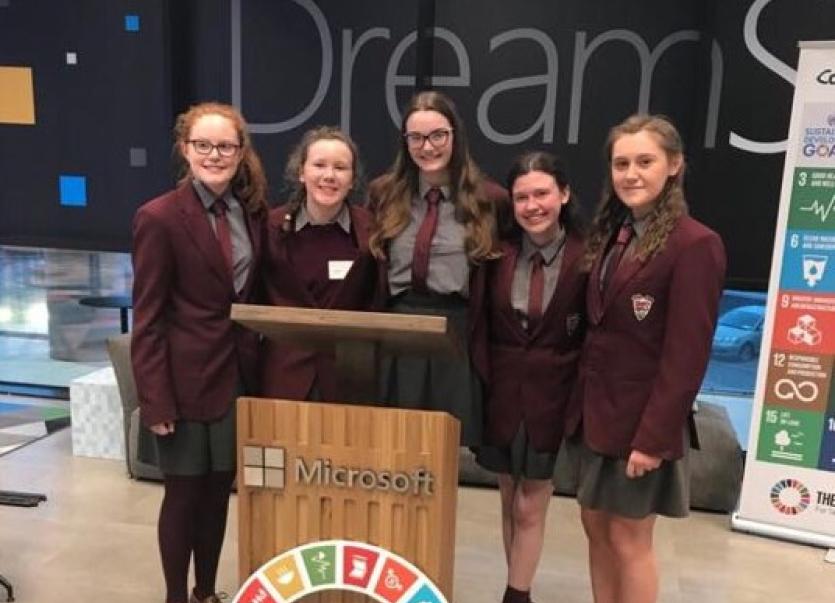 Best of luck to the team

This is a major achievement for the school, who won this competition just four years ago.

The schools' competition is run by Concern and each year over 140 schools across Ireland enter to win the prestigious title and the trip of a lifetime to visit one of the International programs that Concern run.

Past winners have gone to Haiti, Vietnam, Bangladesh and in 2015, PDLS travelled to Mozambique to work with Concern's humanitarian efforts.

The team is made up of Sadhbh Walsh (captain), Stephanie Doyle, Caoimhe Kelly, Jane McDonald and Muireann English.

They are coached by teachers, Leon Power and Ita Doyle, who are no strangers to this level of competition, as they also coached the All-Ireland winning team in 2015.

In what was an intense debating season, PDLS sealed three unanimous wins to successfully position them in the Top 8 schools in the national league standings.

The motion for this debate was "Sanctions are an effective weapon for promoting Human Rights". With fiery rebuttals and passionate speeches, PDLS successfully opposed the motion and qualified for the All-Ireland quarter-finals.

The next debate was held in the Microsoft Offices in Dublin. Once again, PDLS were given the arduous task of opposing the motion "Charities should stop using Celebrity Ambassadors".

In what was a very insightful debate from both teams, the motion was defeated.

Coaches and teachers, Leon Power and Ita Doyle, are very enthusiastic about the semi-final.

"These girls are self-starters. They enjoy what they do, and they work as team-players. They take each debate in their stride and we are really looking forward to Wednesday evening," Leon said.

The formidable quartet form PDLS Bagenalstown will now propose the motion "The EU needs an army" in the All-Ireland semi-finals.

The debate will take place on Wednesday, April 3, in Camden Court Hotel at 7pm.