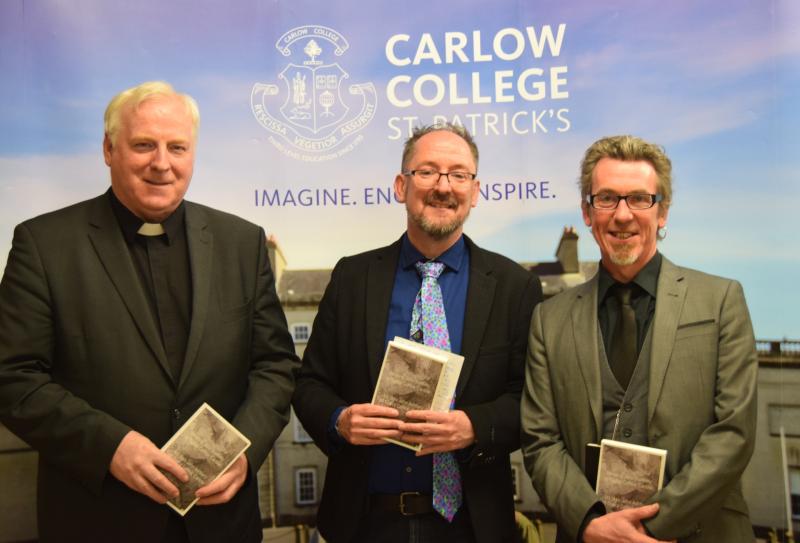 The book of original poems by Dr Derek Coyle was officially launched by Peter Murphy, novelist and former artist in residence at the College.

Referring to the book Peter Murphy said that "in this collection of poems you’ll find poems that I consider blues songs and gospel songs; poems that are the Cain and Abel of poetry, darkness and light".

"The power of any book lies in the questions it generates, and this book left me with plenty," he added.

In a nod to time Dr Coyle spent in Sweden this is a dual language book consisting of original poems in English with their Swedish translation set in both Sweden and Carlow.

Once you open the pages of this intriguing collection, you enter the surreal surroundings of a real and imagined Carlow where in one poem Mozart and Beethoven drink pints in Tully’s bar.

While speaking about his new book Dr Coyle mentioned "these poems playfully engage with the possibilities opened up by contemporary physics, especially quantum theory, they are humane in a way that is timeless and challenging".

Dr Derek Coyle is a lecturer English Literature and Creative Writing at Carlow College, St Patrick’s, and is a founding member of the Carlow Writers’ Co-Operative.

He has published poems in Ireland, Britain, Sweden and the U.S. Dr Coyle has been shortlisted for the Patrick Kavanagh Award and been runner-up in the Bradshaw Prize, he has featured in the Poetry Ireland ‘Poetry Introductions’ series.

He represented Ireland at an international literary residency in Tranås in Sweden, as a guest of Kultivera, and he has featured in the International Poetry Festival in Jönköping.