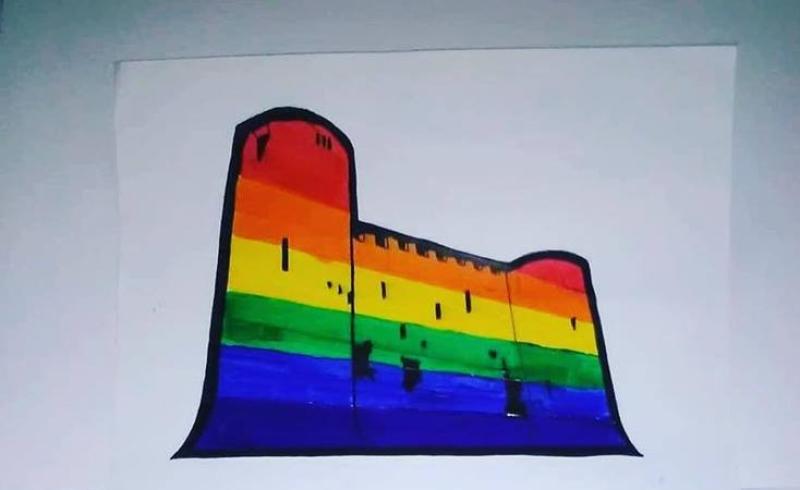 The logo for Carlow Pride Festival

A proposal for Carlow Pride Festival to address elected members of the local authority has been passed by members of Carlow Municipal District.

John Paul Payne, an organiser of the inaugural festival in Carlow, wrote to members asking to give a presentation to them on their work and potentially setting up a rainbow crosswalk.

The letter said: "Our mission as a group is to be a beacon for LGBT+ people in Carlow County and the South East by holding Carlow's first ever Pride Parade and Festival in July 2019.

"This year - we are the only Pride in the entire South East, so public and business attention is notable with our engagements.

"We are aiming to be that beacon of hope in July for Carlow Town, Carlow County and the entire South East of Ireland.

"Our group has emerged in the South East at the right time. In the last few months we have done countless radio and magazine interviews and there has been a enormous public interest in this project.

"Businesses around Carlow are now proudly raising the Rainbow Flag and raising the hopes, visibility and inclusion of LGBT people in Carlow.

"Because of this we want to create one of Europe's first ever rainbow crosswalks in Carlow Town. Rainbow crosswalks are temporary or permanent installations that are beacons of hope and happiness.

"Around the world, these padestrian crossings have generated enormous boosts to tourism, business and community harmony.

"One of the most famous ones in the world in West Hollywood bear Beverly Hills was designed by prolific artist Martin Duvander.

"This permanent monument is one of the most photographed things in Los Angeles. Martin has reached out to our group and offered to donate some of his artwork for auction to help make this a reality for our small town.

"We have teamed up with local artist and businesses to make this project a reality. Currently we have our local artist drawing up ideas and some of his creation.

"His has also superimposed these ideas onto streets in Carlow so we can visualise his work. The Paint Hub have also said that they will donate all paint and materials required to make this project happen.

"A local commercial paint manufacturer and wholesaler has offered three different types of road grade paint that are Council approved.

"One is temporary (6-12 weeks), semi perminant (1-3 years) and permanent (10+ years). All of these specifications and the entire classification of those products are available on request.

"To this end, I am writing to request if members of Carlow Pride Festival can present to the MD of Carlow on this idea in the hope that Carlow can be put on the map as representative of the LGBT community in the county."