'It is the State that should be embarrassed and ashamed', says candidate Stephanie Hanlon 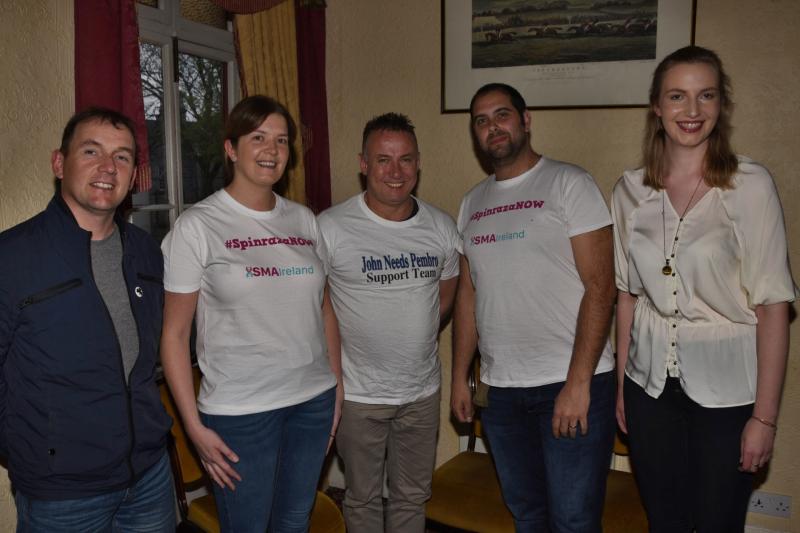 Members of community groups and the public turned out in force despite the inclement weather last Wednesday evening for a public meeting on disability and healthcare reform.

Representatives from campaign groups, including John Needs Pembro, Enough is Enough, and Spinraza Now, attended the meeting at the Club House Hotel, thanking the Kilkenny community for their continued support.

Each speaker described how their campaigns had developed, the various challenges they had faced, and the need to create awareness and support one another.

People Before Profit TD Gino Kenny also spoke at the event. Some of the key issues that were discussed included the crisis in healthcare, and the lack of respite services in Carlow and Kilkenny.

Local election candidate Stephanie Hanlon, who helped organise the meeting, described her own experiences of indifference and the two-tier healthcare system. Ms Hanlon said that the campaigns in question were local campaigns, but the issues are national ones.

“People with disabilities are made to feel embarrassed and ashamed of having a disability as they are afraid to be viewed as ‘unemployable’,” she said.

“People are also afraid to speak out in case they lose access to the services that they have fought for. But it is the State that should be embarrassed and ashamed.

“They are failing people with disabilities. Disability and health are key issues for people in Kilkenny and we are so lucky to have passionate activists who are raising these issues locally.”