Carlow College, St Patricks made the application on May 16 of last year 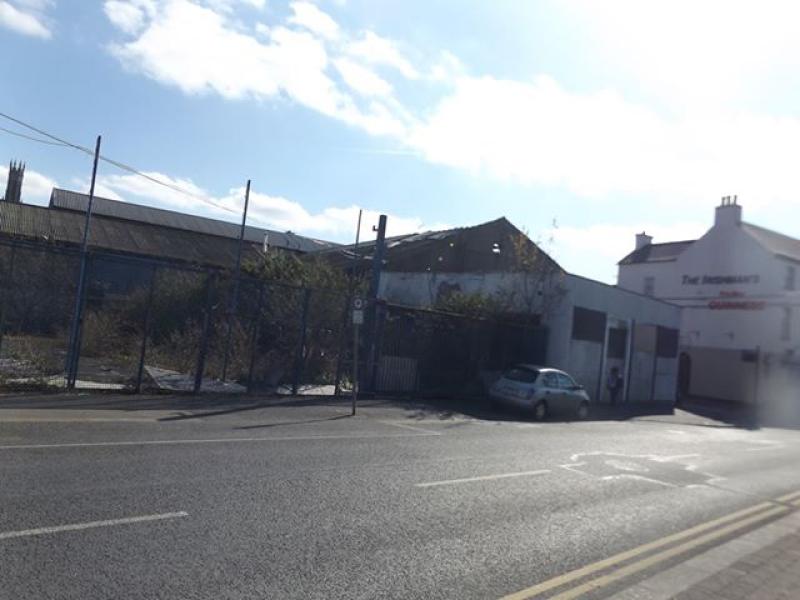 The site in Carlow Town

An appeal has been lodged with An Bord Pleanála over demolition works at the former Dooley Motors site in Carlow Town which cites - among other issues - concerns over anti-social behaviour.

Conditional planning permission was granted to demolish and remove all existing single-storey and two-storey structures currently on site.

Carlow College, St Patricks made the application on May 16 of last year which includes the removal of all underground storage tanks and hardstand areas, removal of perimeter walls and replacement with 2.5m high boundary panel and all associated site works.

The development address is at the junction of College Street and Old Dublin Road, Carlow.

Carlow County Council attached 21 conditions but the planning approval has now been appealed to An Bord Pleanála by Thomas Clerkin on the Dublin Road in Carlow.

In a letter to ABP, he said: "The proposal to demolish buildings, yards and tanks and to clear the site has mentioned that the site owner has in intention to redevelop the site as residential accommodation units.

"It cited 3-5 years as its intended timeframe however so too has many other land owners (State, commercial and private individuals) in Carlow Town, who then later failed to deliver (for various reasons)."

Mr Clerkin refers to other sites in the town that were either demolished with a similar intention to re-develop or currently lie in various degrees of neglect and abandonment.

He added: "These sites, like that of this proposal, are blights on the streetscape and integrity of Carlow Town and its potential to prosper and deliver for its people.

"To simply apply for a site clearance without any specified redevelopment proposal is, in my opinion, simply not going to progress this site with any actual definition or benefit to the town and its people.

"To grant permission to clear this site and leave the site owners the potentiality to leave it idle and unkempt for any number of years, would be, in my opinion, a retrograde step taken by Carlow County Council.

"The proposal to erect a 2.5m high timber fence around the site, would not provide any realistic security or prevention against the anti-social behaviour and criminality...and would draw more of this kind of activity closer to the town centre and thereby decrease the potentiality of the town centre to re-establish itself as a vibrant and confident area for retail/residential/services, etc."

Mr Clerkin believes Carlow County Council should have refused permission to this proposal "until the site owner can be bound by it to redeveloping the site with a specific proposal and within a specified timeframe".

He added: "In other words, the site owners should instead, submit a proposal for clearance and re development as one enterprise and endeavour.

"By preventing the site owners from simply clearing the site and leaving it languish into a state of atrophy again would, in my view, not only give a defined and 'planned' objective for this site amongst the town and community, but it would also demonstrate to all that Carlow County Council 'means business' when it comes to how it sees hoarders of land and properties that fail to contribute to the betterment of the town and county physically, developmentally and economically.

"It is my opinion, that to leave the site as it presently is, is perhaps not the visually ideal on a human level but instead the better option for the thriving urban wild life that has populated the site since the exit of Dooley Motors sore 15 years ago in 2004.

"To alter it from its present state will open it up for anti-social behaviour whereas the way it is now is reasonably secure.

"Its present site security would continue to preserve this wild life haven until a fuller, more comprehensive and practical application be presented to your office.

"I therefore request that you consider my points favourably as part of your decision making."