BIG READ: Concerns over funding for the relocation of Bagenalstown Fire Station

What do you think should be done? 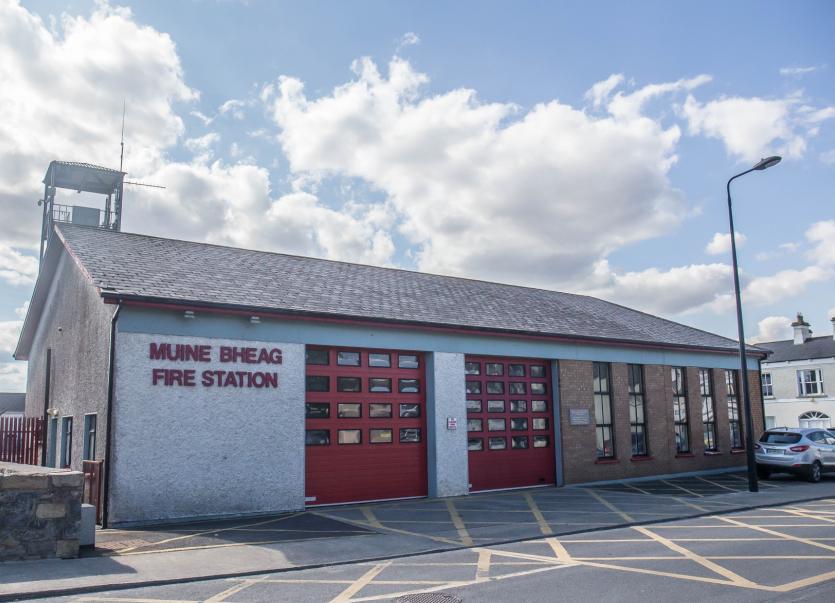 Carlow County's Fire Services have expressed concern over the possibility of Government funding for the relocation of Bagenalstown Fire Station due to its low number of call-outs.

A site survey was conducted of Bagenalstown Fire Station which discovered "many structural deficiencies" within the building.

It was revealed that the €450,000 refurbishment previously granted "may not fully cover the extent of the works required to ensure the structural integrity of the building".

In a written response, Minister of State at the Department of Housing, Planning and Local Government, Damien English, said in 2016 his Department announced a five-year Fire Services Capital Programme with an allocation of €40m.

This was based on an annual allocation of €8m to be used for the purchase of fire appliances and specialist equipment, building or upgrading of prioritised fire stations, an upgrade of the Communications and Mobilisation system and improvements to Training Centres.

The Minister said: "Muinebeag Fire Station is included in the programme of ten fire stations for upgrading within the Programme.

"My Department continues to work with the Council in progressing this project and is awaiting design documents from the Council for the upgrading work to be undertaken.

"The projects in the capital programme are reassessed on an annual basis and priority may be adjusted to take account of the state of readiness of projects generally and to bring forward projects offering best value-for-money."

Following the Parliamentary Question and a further meeting with the National Directorate for Fire and Emergency Management, the Fire Services say there are now two options available to Carlow County Council.

1. Prepare a specification and tender for works to complete the upgrade as approved under the 2016 capital programme (above)

2. Forfeit the approval granted and submit an application for a new fire station project for Muine Bheag based on current needs under the next capital programme 2022-2027

However, Carlow Fire Services have said: "Caution is advised in relation to recommending or agreeing to forfeit the approval granted in 2016 due to the large volume of fire stations located in rural areas throughout the country with even greater needs than those of Muine Bheag.

"For the second month in a row, Muine Bheag have only responded to five incidents, projecting an annual average of only 60 calls which would be another factor in considering whether a new station would be constructed in the 2022-2027 capital programme."

Read also: 'Poison for rodents' all over Bagenalstown Fire Station as Council pitch for new facility