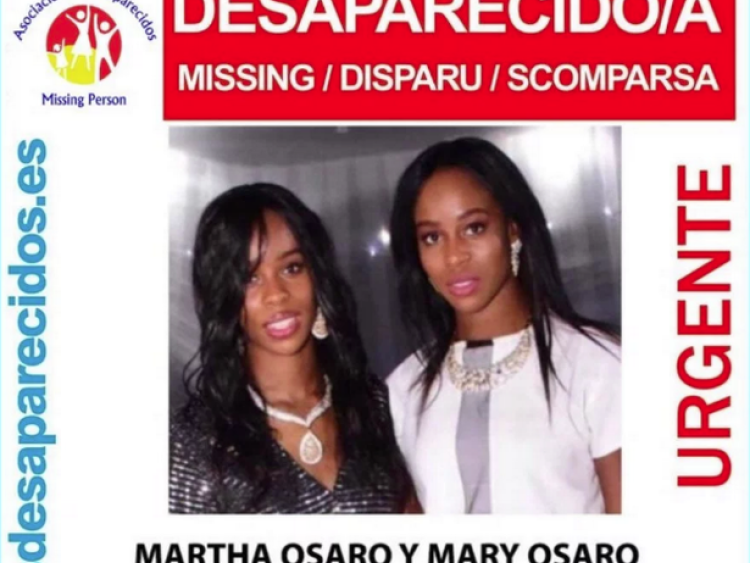 A search is underway for a Carlow woman who went missing with her twin sister while out celebrating their birthday in Madrid.

Mary and Martha Osaro, 26, were last seen in Centro, La Latina Madrid last Thursday, Mary has since been found but Martha remains missing.

Their older sister Jennifer Osaro said in a video that Mary was found and was very "traumatised."

She said: "I found one twin, I found Mary, I can not disclose how I found her or where I found her.

"I can tell you now from the feedback I got from where I found her, she was very traumatised."

The Asociacion Sosdesaparecidos said the pair were last seen in the Centro, La Latina area of the city.

The missing sister is described as being 1.75m (5'8) tall, with dark eyes and dark wavy hair.

In a Facebook post, their older sister said the two women have been living in Madrid "on and off" for the past five years.

The Department of Foreign Affairs have told RTÉ that they are aware of the case and are providing consular assistance.