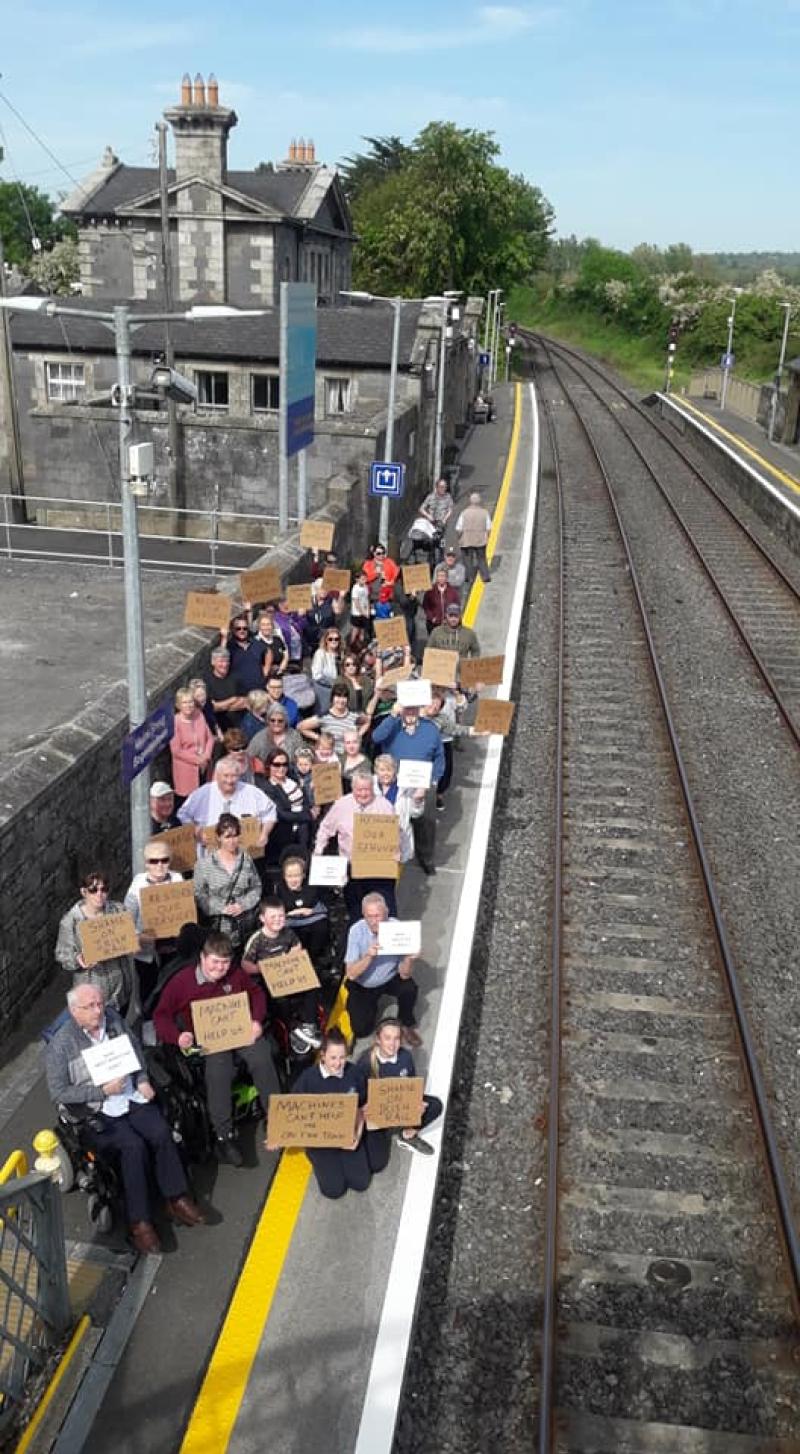 A protest was held on Tuesday evening over Bagenalstown Train Station becoming self-service this summer as councillors hit out over the operator's proposal for an unmannned station.

Irish Rail have confirmed that Bagenalstown Train Station will become a "self-service station" in the coming months.

However, they say that they now have dedicated Customer Service Officers (CSOs) on board many services on this route and will have them on all services shortly.

Speaking at this month's meeting of Bagenalstown Municipal District, Cllr Arthur McDonald said the issue is a "hot topic".

"People with disabilities are saying it can't work. It's one of the loveliest stations in Ireland and has won awards under the caretaker system.

"If the ticket machine is not working and people get on the train, they're breaking the law. I'd like this MD to write to Irish Rail."

Cllr Michael Doran said it is "very disappointing" that Irish Rail hasn't informed them of what their plans are as the station is a "significant cultural building".

Cllr Andy Gladney said it shows "what the top brass in Irish Rail think of rural Ireland, they don't give a damn".

"Old age pensioners are not able to use those machines. I'm not making it a political football," he added as there was cross-party support over the issue.

Director of Services, Michael Brennan, said the Council would write to Irish Rail on behalf of members outlining their concerns.

Members also asked that a representative from Irish Rail be asked to attend a meeting of the new Council after the Local Election.