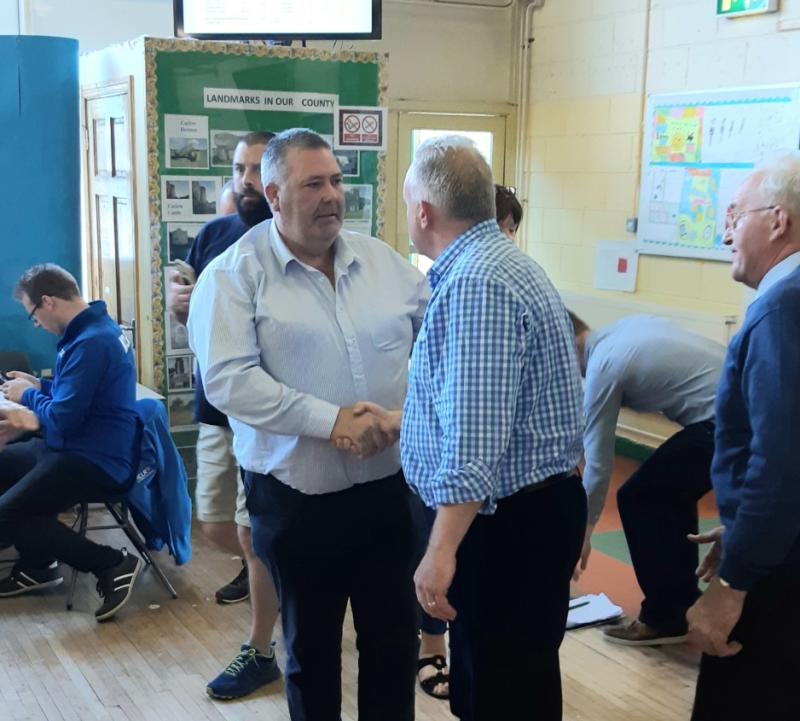 In the end, there were only 38 votes between Sinn Féin's Jim Deane and Fianna Fáil's John McDonald as they fought it out for the final Tullow seat.

Of all the counts, tallies and outcomes of the 2019 Local Election in Carlow, the sixth seat in Tullow represents the brutality candidates can face in running to either become or stay a public representative.

The ecstasy for Fianna Fáil's first-time candidate John McDonald as he secured his seat on the eighth count was there for all to see - it reminds us all of the rewards of running for such an important public position.

There are always those who fall just short however and in that febrile moment, an incumbent candidate - who had just lost his seat on the Council - didn't skulk in the corner or make a quick exit from the count centre.

Jim Deane decided to gracefully walk across the room and was enveloped by people - each one of them offering their sympathies with the bow of a head or a soft handshake and a few words.

He eventually reached the newly elected Cllr McDonald - the man who had just taken his seat - and Jim Deane showed huge class and shook John's hand as the pair exchanged a few kind words (pictured above).

Nobody could fault Jim Deane for the work he's done over the last five years for people in Tinryland and all over what was the Carlow Town Municipal District.

He simply fell victim to the re-drawing of the Local Electoral Area boundaries last year and struggled to replicate the success of 2014 when he was first elected for Sinn Féin.

Tinryland was split across the three Municipal Districts and Jim moved along with parts of his home turf into the Tullow Local Electoral Area, but Jim still polled well.

It's testament to Jim's character and persona that he ended up with 795 votes in this election - which is not too many short of  the 842 that elected him five years ago.

The county has a new public representative and the county wishes him well - but drifting into the shadows at the count centre on Sunday, with tears in his eyes, was Carlow's "gentleman councillor".