ANALYSIS: 'Hung Council' as Fine Gael and Fianna Fáil share the spoils with six seats each 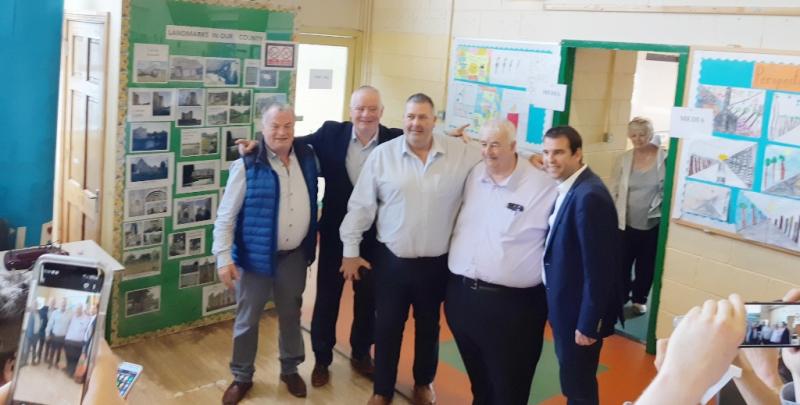 Fianna Fáil in Carlow will have been buoyed by this election as they increased their seats on the Council to six - a number which puts them level with Fine Gael who were unable to increase their representation.

The Fianna Fáil councillors should rightly feel like they've dealt a body blow to their main rival but crucially for Fine Gael; they have not lost a seat - which lends some parity to the battle for control.

Fine Gael will still feel they can hold on to the Council if they can make the right alliances again and get to the magic number of ten councillors but holding on to control across all of the Local Electoral Areas will be challenging.

The only area where the Fine Gael party took a hit was in the Bagenalstown area - which was likely to have been expected by the party given the area went from an eight seater to a five seater.

Despite the loss of Denis Foley, the party is still left with two Fine Gael councillors in there with Cllr Michael Doran and Cllr Tommy Kinsella.

Meanwhile, Tom O’Neill (pictured below) managed to regain the seat he lost in 2014 which meant Fine Gael held on to their two seats in Carlow Town with Cllr Fergal Browne re-elected.

And in Tullow, Cllr John Murphy and Cllr Brian O'Donoghue are holding down the fort as well so Fine Gael are well anchored in all three Local Electoral Areas.

Whispering and rumours had started almost as soon as it became apparent that Wayne Fennell (FG) was not getting the transfers to scupper Adrienne Wallace (PBP) - as she went on to take the seventh seat in Carlow Town.

In truth, the discussions and the speculation had begun long before then.

Cllr John Cassin, now an Independent, could be a lynchpin for the negotiations.

The Labour councillors (Will Paton and Willie Quinn) and the unstoppable Independent, Charlie Murphy, who pulled in a remarkble number of votes in the re-drawn Tullow Local Electoral Area, will also play a vital role as well.

Fianna Fáil too will feel like they can grab the reigns for the next five years but they will need to make unlikely alliances.

Anyone thinking that a coalition between the two main parties is on the horizon...never say never in politics and it is likely to be Fianna Fáil's only option.

The party made a gain in Tullow, winning their extra seat in that area with the election of the popular Cllr John Pender and new candidate John McDonald.

Fianna Fáil is a Carlow Town stronghold with a potential General Election candidate in Fintan Phelan and then there's the support for Andrea Dalton and Ken Murnane too.

The party had 33.5% of the first preference votes in the Local Election and had an incredible 48% of the vote to elect Cllr Phelan, Andrea Dalton and Ken Murnane.

Fine Gael only managed to secure 31.3% of the first preference votes but crucially, they lost no seats thanks to the return of Cllr O'Neill.

It remains to be scene which party will tip the balance of power on the Council in their favour for the next five years.

Both Fianna Fáil and Fine Gael will feel it's theirs for the taking but the make-up and support machinatons to be set up over the next few days and weeks may never be known.

Perhaps the biggest story from the Local Election in Carlow and nationally, is the loss of seats for Sinn Féin which was reflected in Carlow as well, with the party losing two seats, a blow following their success in 2014 when they went from having zero seats to having three.

Cllr Andy Gladney (SF) bucked the trend in Bagenalstown with Cllr Cassin's falling out with the party hitting them hard in Carlow Town and Jim Deane suffering at the hands of the boundary review.