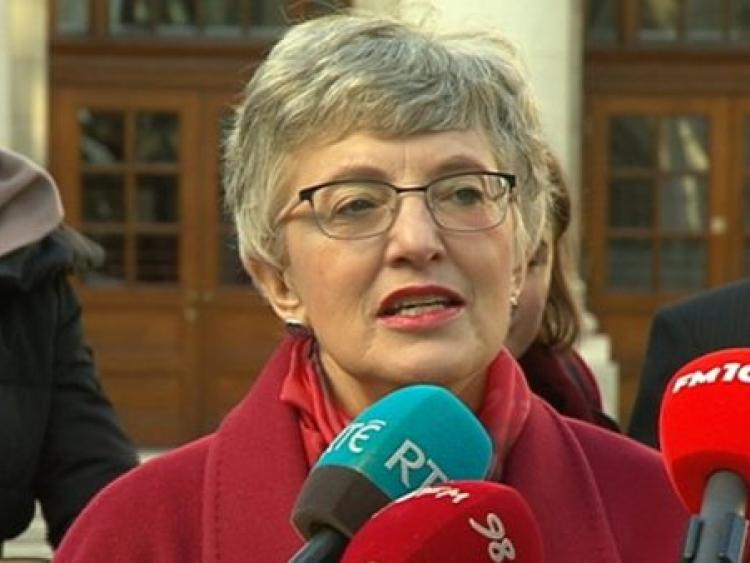 Carlow Regional Youth Services has described as "outrageous" plans for a proposed new child care plan which they say will close down three after-school programmes within its voluntary organisation.

Senator Jennifer Murnane O'Connor has said that if the Government's proposed new National Childcare Scheme continues in its current format parents will be required to pay €40 per child per week if they are successful in securing hours.

She added: "If the scheme is implemented in its current format, the CRYS after-school service [in Carlow] will be forced to close and vulnerable children and families will be denied this valuable support because the users will not be able to afford it."

Speaking directly to the Minister for Children and Youth Affairs in the Seanad recently, she said: "A new national childcare scheme will be rolled out from this October which will replace previous childcare support programmes.

"The aim of this, as I understand it, is that parents of children aged from two to 15 years attending any Tusla-registered childcare service will be entitled to some level of financial support.

"However, one service provider in Carlow has flagged an issue with me, on which I seek clarification from the Minister today.

"The service has been in receipt of funding under the Community Childcare Subvention, CCS, scheme for three after-school projects.

"This scheme will, according to the Department's plan, be replaced by the National Childcare Scheme on 11 October 2019.

Senator Murnane O'Connor says her concern is that there is no provision in the new funding scheme for parents who are not working, for example, those on jobseeker's allowance, disability payments or the one-parent family payment.

She added: "In fact, CRYS has highlighted to me that the children who require extra support have been completely forgotten about in the new scheme.

"If the scheme goes ahead as intended it would not be inclusive to all. Some 59 eight to 12 year olds attend the Carlow Regional Youth Service's after-school service daily.

"The after-school service's main aim is to provide additional supports to children who need extra help to complete primary school successfully, which is huge.

"For the after-school services this is huge. This is an essential service that is well-respected by parents, children, and the wider community, and plays a crucial role in supporting vulnerable children and families.

"If the national childcare scheme is implemented in its current format, the CRYS after-school service will be forced to close and vulnerable children and families will be denied this valuable support because the users will not be able to afford it.

"Will the Minister ensure robust provisions in the scheme in order that vulnerable children and families in Carlow can continue to avail of this service and can be given the support they need to thrive and enjoy their lives?"

In response, Minister for Children, Katherine Zappone, said: "The national childcare scheme, when introduced, will represent a major landmark for all children and families in Ireland, especially for lower-income families and lone parents.

"It can be accessed by all families and not only those working or studying full-time. The new scheme will replace the existing targeted childcare schemes with a single streamlined and user-friendly scheme.

"The scheme entails a fundamental shift away from subsidies grounded in medical card and social protection entitlements towards a comprehensive and progressive system of universal and income-based subsidies.

"The national childcare scheme will change this. The universal subsidy will be available to all families with children under three years of age, as well as those with children over the age of three years who have not yet qualified for the free preschool programme.

"The universal subsidy provides 50 cent per hour towards the cost of a registered childcare place for up to a maximum of 40 hours per week. It is not means tested.

"With regard to income-based subsidies awarded under the scheme, parents who are working, studying or who meet certain other conditions will qualify for an enhanced-hours subsidy up to a maximum of 40 hours per week.

"The definitions of 'work' and 'study' will be set out in regulations made under the Childcare Support Act 2018. They will be comprehensive and cover differing types of work and study arrangements, such as part-time work, week-on, week-off work and zero-hour contract arrangements.

"The legislation will also provide for bridging periods when a parent is moving between work and study. Where a parent is not engaging in work or study, the child will still be eligible for the standard hours subsidy of 15 hours per week.

"These 15 hours will wrap around school and preschool provisions. This means that when the child is in school or preschool no subsidy will be payable during term time.

"It is consistent with the evidence of the strong benefits of early leaning and care for young children, particularly those from disadvantaged backgrounds, as well as evidence that these benefits are, in most cases, realised with part-time participation.

"Arrangements will be in place to ensure that no one loses out in the initial transition to the new scheme. Families will be able to continue to access their current targeted supports until August 2020.

"The new national childcare scheme has been designed to be flexible with income thresholds, maximum hours and subsidy rates that can be adjusted in line with Government decisions and as more investment becomes available.

"As such, any adjustments deemed necessary by Government can be carried out in a quick and responsive manner."

"The review is analysing several services in highly disadvantaged communities to explore any potential financial sustainability issues, as highlighted by Senator Murnane O'Connor, and the potential impact of the work-study rules within the national childcare scheme.

"That analysis will be completed shortly. It will inform any refinements required for the national childcare scheme."

Carlow Regional Youth Services said the plan "will affect nearly 60 children and their families in Carlow".

They added: "It will also affect 7 staff who are paid by the funding to run the afterschool programmes.

"We will be looking for Carlow's support on the matter moving forward. The minister is overlooking the most vulnerable in our society.

"The positive benefit of the afterschools programme is massive in Carlow over the past number of years and we do not want it to stop."