Contents of Prumplestown House up for auction after €4.8m sale of house and lands

This will be interesting 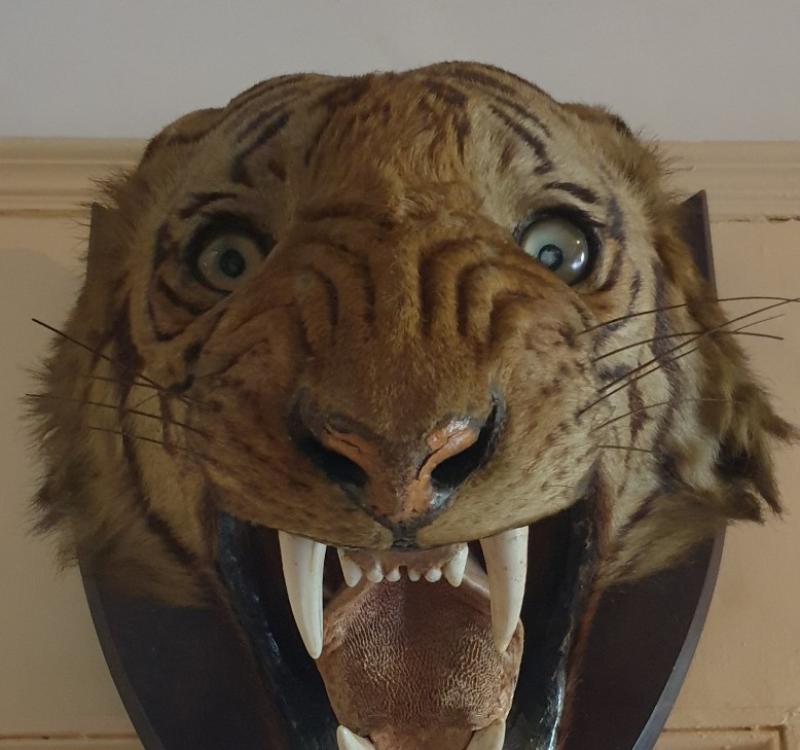 Take a chance to peek into the Duke of Leinster’s nineteenth century hunting Lodge and at the many treasures of Prumplestown House Carlow.

The rich collection of contents has been hidden behind doors for over thirty years until now, when the house collection, encompassing over 700 items will be sold at auction on site on June 25.

The auction is sure to attract a substantial amount of interest and curiosity coming as it does only weeks after the €4.8m auction of the house and lands.

This is truly a trove of nineteenth century art, furniture and agricultural silver medals, trophies and memorabilia.

Originally believed to be a 17th century hunting lodge owned by the then Duke of Leinster.

The house with open plan basement/wine cellar was sold in 1897 to the Wright family whose descendants are the present owners.

The former hunting lodge of the Duke Of Leinster bears witness to the activities of the time with a few unfortunate victims of the pastime currently adorning the walls;

Two 19th century tiger heads with ghostly growls hang silently above in the hall, and for those who are interested are estimated to walk away for €400-€600.

The house is full of fine nineteenth century art including a Thomas Whittle oil on canvas which is estimated to fetch €2000-3000.

The house features a tack room, complete with London bowler hats, card tables, packets of vintage playing cards and signs of revelry gone by with the great number of glasses, many of them cranberry crystal.

Among the literally thousands of items, amongst which you could browse for hours, there are some fine examples of furniture such a regency card table at €600-800

The Duke of Leinster was lucky to have as a perk of the job his own carpenter installed from England, who made good use of the local Irish oak, and the fruits of his labour are on display today.

The unique set includes a triple seat of solid carved oak, a large carved hall chair, six dining chairs dining table and a three tier ‘whatnot’, all apparently made to order for Prumplestown house from solid oak.

The family achieved fame in agricultural circles for their purebred championship Shorthorn cattle, and the solid silver medals for their wins at the RDS Spring Show over a number of years will be up for auction on June 25.

(Seventeen lots of four medals, estimated at €200 per lot)

Some other items of note which have been entered into the Prumplestown house auction: