Organisers have issued a statement after some criticism on social media 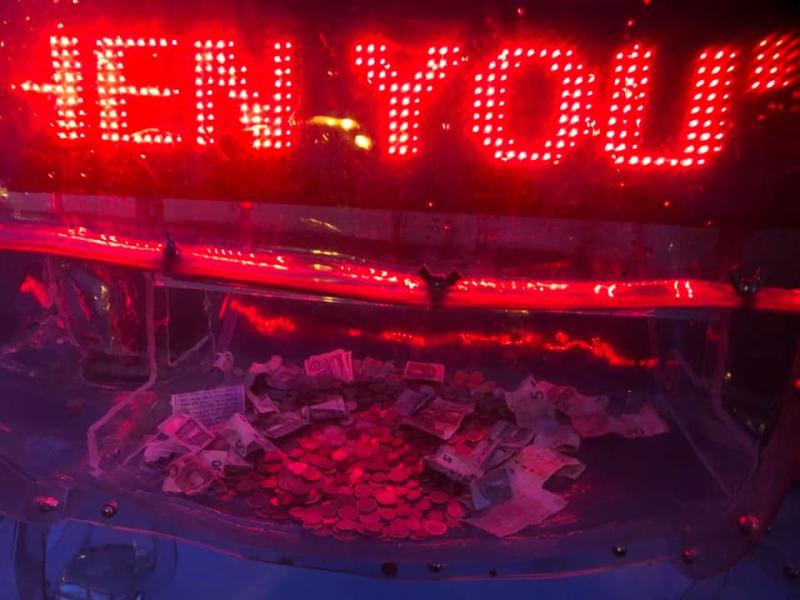 The money in The Pig

Carlow Arts Festival have taken down a post of money being taken from The Pig in Carlow Town for an individual as it was "attracting a lot of criticism about the community decision".

Organisers have issued a statement after some criticism on social media just hours before The Pig moves on to its next destination on Monday.

In a statement on Sunday night, Carlow Arts Festival said: "We have removed the previous post about #thepig as it was attracting a lot of criticism about the community decision and targeting an individual.

"This is what happened at 1pm today (Sunday). Someone was invited by members of the public who were present to take something from the pig in their presence.

"Together they took a small amount out and then closed it. This person did not request that the pig be opened. Carlow Arts Festival did not have any part in the community decision.

"There is plenty left in the pig if other members of the community would like to come down tonight (Sunday) and engage in a conversation about where it should go, otherwise the pig and its contents will travel to its next destination."

This is a community fund. You can contribute to it if you like, and when you’ve agreed how to spend it you can open me and spend it. #ThePig

The Pig is the creation of the Exeter, UK-based studio Kaleider, which designs and produces what it calls “extraordinary live experiences”.

Its art projects travel around the world visiting public spaces, and force people to ask themselves questions about how they see and interact with the world around them.