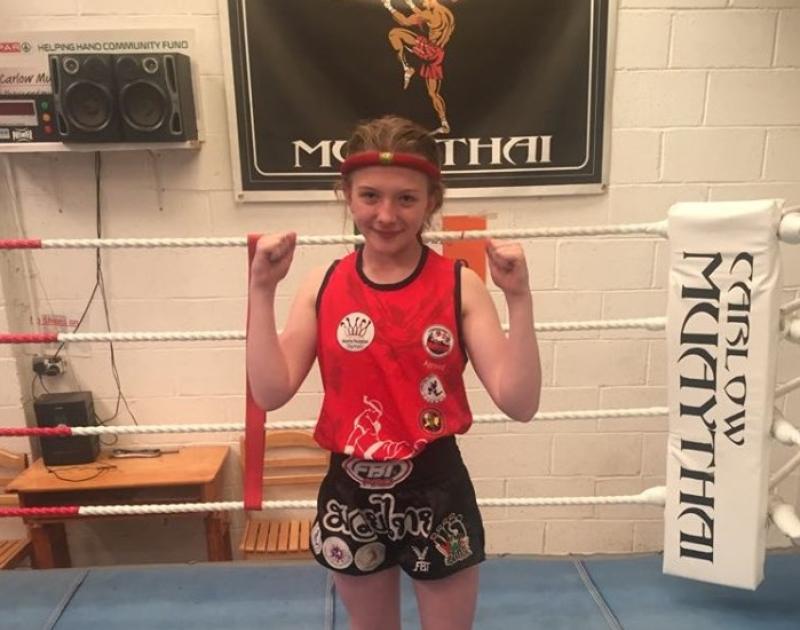 Carlow's Chloe Black has been named on the Irish Muay Thai team for the Youth World Championships in Turkey later this year.

In a statement on social media, Carlow Muay Thai said: "We're honored and delighted to announce that Chloe has been selected as part of the Irish Muay Thai Council Team for the Youth World Championships in Antayla Turkey, beginning at the end of September this year, where she won silver last year out in Thailand.

"Chloe has been training extremely hard for this opportunity and it's a real confidence boost for her after what the Irish Athletic Boxing Association done to her in May."

An obscure boxing rule left Chloe devastated when she was not allowed to fight in the National Finals recently after a complaint was made about her.

A petition to abolish the boxing rule which prevented Chloe from fighting in the Nationals has garnered thousands of signatures already.