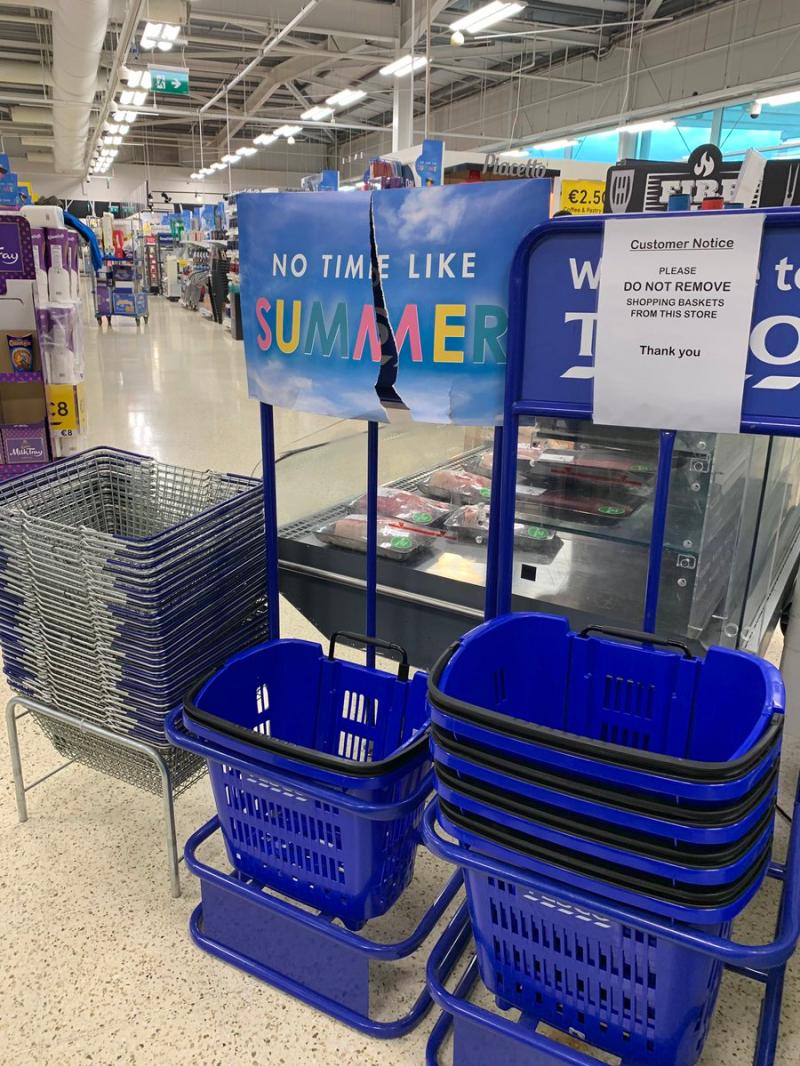 A sign has been installed after a post about the lack of baskets at Tesco in Carlow Town caused a lot of discussion online.

Customer and local weatherman Alan O'Reilly took to social media to highlight what he claimed was a recurring problem at the Tesco in Carlow Town.

An article by Carlow Live on the tweet has been viewed almost 5,000 times with people commenting on the issue on Facebook.

Alan said he almost always struggles to get a basket for his shopping in the store.

But the reason for this is very unusual...check out his original tweet below:

Almost every time I visit @TescoIrl store in Carlow Town they have no baskets. Staff tell me the reason is they are being robbed so often ‍♂️ pic.twitter.com/78Cllnr6pj

Now, a sign has been erected in the shopping entre which Alan says is "interesting".

Interesting that since my last tweet signs have gone up and there were baskets this evening!

Does this make me an influencer pic.twitter.com/mCg0TfxENg