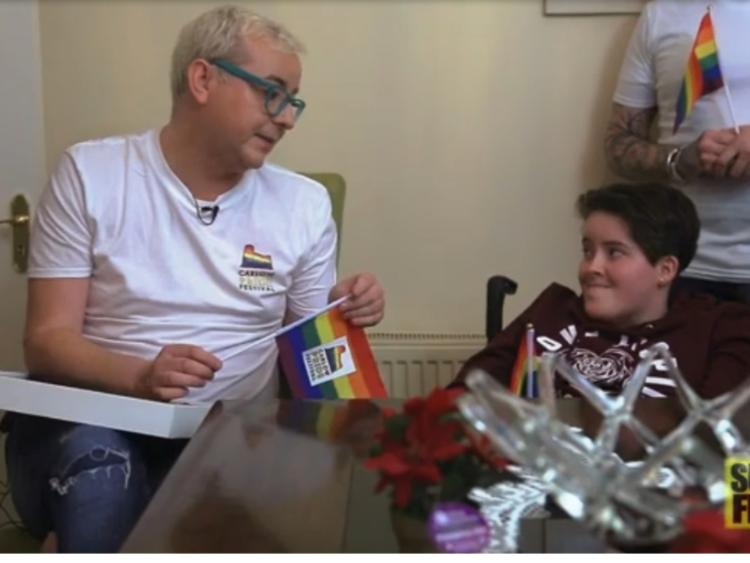 SUNFA Films with the help of Carlow Pride organisers have launched a Pride Surprise exposé about 19-year-old poet, Nicole Carroll from Carlow.

In the interview below Nicole chats to Pride organiser John Paul Payne about what life is like for her, being both gay and differently-abled.

An inspirational young woman, Nicole refuses to be defined by her wheelchair and tells people everywhere about finding the self-confidence, and self-acceptance to carry on.

During this interview, Nicole was bestowed the honor of Grand Marshal of Carlow's FIRST EVER Pride Parade!

Meaning Nicole will not only launch the parade itself officially, but she will also lead the pack on July 21 along the fully accessible Rainbow Road!

The Carlow Pride Parade will be starting from Carlow College, where everyone is instructed to gather at 1.30pm on the July 21, and we will march along the Rainbow Road.

There’ll be a very colourful procession through the main streets, ending up in Carlow Town Park for a Rainbow Family Picnic with live music, entertainment, dance troupes, food, refreshments and children’s entertainment.

In the evening there’s an after-party with drag queen DJs and drag shows from 7pm in Dicey Riley’s, Carlow.

'Not the same speed going back up,' anger over rebuilding of property following its demolition

Sentencing is due in February and March

Revealed: Calls made for the Council to buy the vacant Braun site in Carlow Town

Man arrested after Carlow Gardaí seize €1,500 worth of heroin along with cash