PICTURE: Carlow people warned not to go near this skin-burning invasive plant 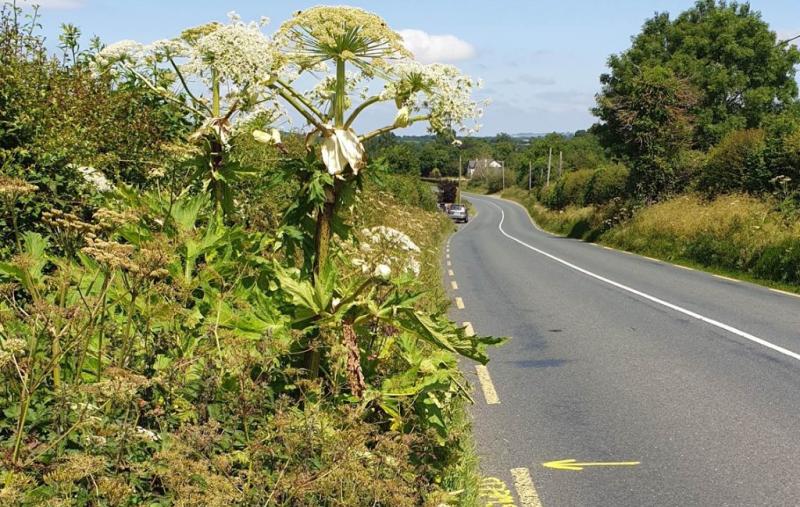 Carlow people warned not to go near this skin-burning plant

Carlow people have been issued with a warning after the emergence of a severe case of Giant Hogweed in the county.

The Giant Hogweed is an extremely nasty invasive plant and has been spotted by Carlow Municipal District along the R418 roadway from Killerrig to Castledermot.

"This plant is a notifiable plant and the Department of Agriculture has been notified," Will Paton said.

"It can cause severe blisters to the skin which are said to be equivalent to third-degree burns and which will continue to cause pain for a lifetime on affected areas when exposed to the sun."

"This treatment began earlier this week but it will obviously remain a danger until it completely dies."

At that point, it's physical removal from the site will be arranged by the Municipal District.

A warning notice has been placed at the site.