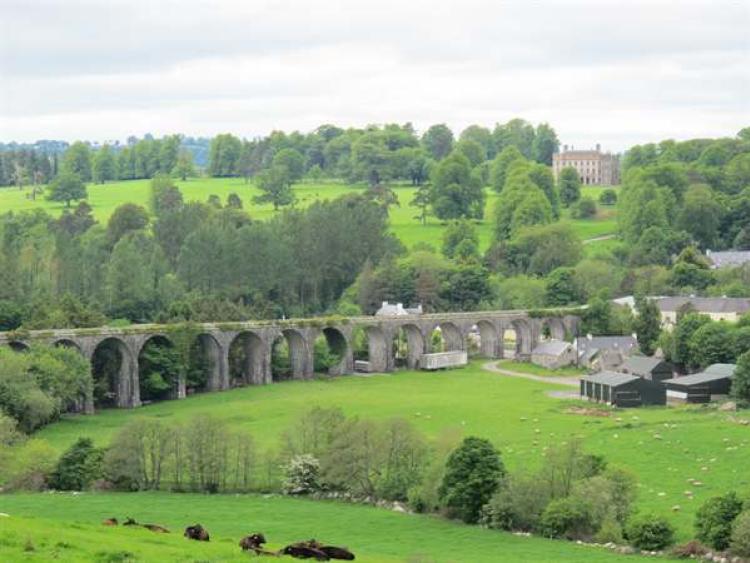 Senior executive engineer at Carlow County Council, Ray Wickham, presented the proposal to members which was brought about after local representatives had expressed concerns over traffic congestion in that area of Borris.

The assessment by the Council focused on the street extending from the Fenagh Road junction at Kavanagh's Public House to the entrance of Borris Waster Water Treatment Plant, a distance of 375m.

Within this area of Borris there is the church, the bank, national school, library, 15 commercial premises (some closed) and 38 residential properties (not all occupied).

A traffic count revealed that some 4,730 vehicles use this road with 8% of those being HGVs.

The assessment noted congestion to traffic flow during school drop off and collection times and during church events like funerals or weddings.

During the course of a funeral, all parking spaces were occupied and extended beyond the area being assessed. The section of the R702 south of the church/bank was particularly affected as it is not suitable for parking on both sides.

Due to the extent of the parking in the vicinity of the church for such an event traffic flows were severely hampered, particularly when large vehicles were travelling through the village.

It was also noted that Bye-Laws may be required to enforce the new parking arrangements at narrow sections to maintain traffic flow if there isn't compliance but the Council had to "wait and see" on that matter.

Chief executive of Carlow County Council, Kathleen Holohan, has approved a proposal to enter negotiations with a local land owner to potentially develop additional off-street parking, delivering around 30 additional spaces in the vicinity.

The negotiations are expected to commence in the coming weeks.

Cllr Willie Quinn expressed concern over a potential "backlash" if the Council stop on-street parking in that part of the village with no off-street parking available at present.

He was concerned that the negotiations might not prove fruitful and he proposed that if that was the case that the Council issue a Compulsory Purchase Order to acquire the land for 30 off-street parking spaces.

Chairman of Bagenalstown MD, Cllr Tommy Kinsella, said that was "very strong" and asked him to withdraw the comment but Cllr Quinn said he would not.

Mr Wickham said there was a loss of 20 on-street parking places under the plan but the public would be gaining 10 additional ones with a 30 space off-street car park.

He advised that it was better to try the route of negotiations first to try and establish the car park.

Cllr Quinn was expressing his concerns about the proposal when Cllr Kinsella said if the new traffic management plan is put in then people will look at it differently and that the councillors had to "grasp the nettle" or "it will never be done".

Cllr Quinn said: "Don't shut me up when I'm talking. I'm from Borris. I've no problem supporting it but we have to get the car park at the bottom of the town."

He said he would support it provided there were alternative car park spaces provided.

After much debate and discussion the elected members agreed to proceed with the proposal to remove some of the on-street parking to ease traffic congestion through the village.

It was proposed by Cllr Arthur McDonald and seconded by Cllr Willie Quinn.

The traffic management plan works and the road resurfacing are expected to be done before the end of August of this year.