'Any of the M9 slip roads have hundreds of vans and cars parked up,' says Carlow senator 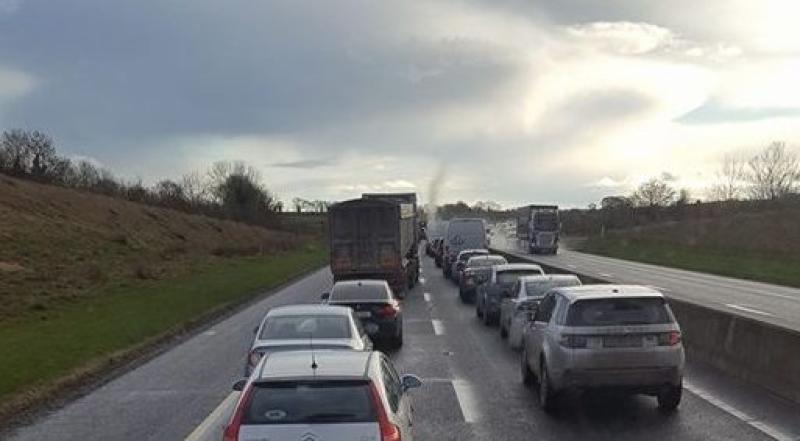 Fianna Fáil Senator Jennifer Murnane O’Connor has said the lack of high-quality jobs in the South East region is leading to huge numbers of people having to commute from Carlow to Dublin for work.

She said: "Anyone who travels near any of the M9 slip roads from Carlow will see hundreds of vans and cars parked up for the entire day - their occupants having made their way to Dublin for work.

"Similarly, anyone who can’t get a seat on the bus or train will know that they are surrounded by people making the daily trip in order to put food on the table and keep a roof over their head."

She added: "Nobody is doing it for pleasure, they are doing it because there is no other choice. Skyrocketing rents, high mortgages and soaring living costs mean the average work day with commuting is approximately 13 hours.

"This report has confirmed what we all know, that the South East is being left behind. The Government’s Ireland 2040 plan, which they announced to much fanfare, barely mentions job creation or efforts to cut the live register in the South East.

"Until such a time as the Government decides the South East is worthy of its attention, worthy of capital investment and FDI we’re going to continue to see the outflux of people. Commuting to Dublin has to be a choice, it shouldn’t be mandatory."