See the before and after pictures below 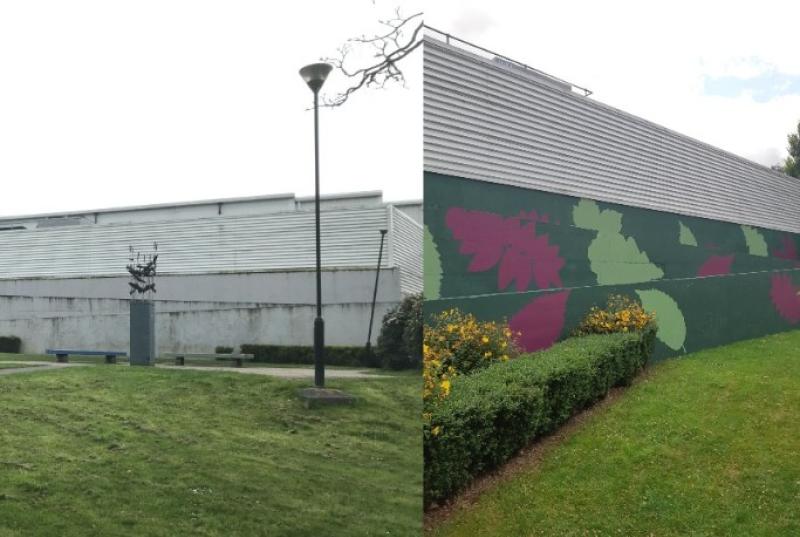 The facade of a grey wall at the back of Tesco which faces on to the Tullow Town Park has been transformed through the inspiring "Grass Roots" initiative and the project is due to be officially launched on Tuesday.

The project is a collaborative effort between six female artists from Tullow and Carlow artist Paul Byrne who was involved in the "Let's Talk" artwork in Carlow Town.

Working together the seven artists have designed and painted a mural on the wall.

Cllr Will Paton has told Carlow Live that the artwork "changes the whole place" and is the first thing people see when they enter the Town Park.

The official launch will take place on Tuesday, August 6 at Tullow Town Park at 4pm.

The mural is based on the leaves of trees found in the park.

The "Grass Roots Project" is funded by Carlow County Council via the Arts Acts Grants and by DTA Tullow Tidy Towns Committee.