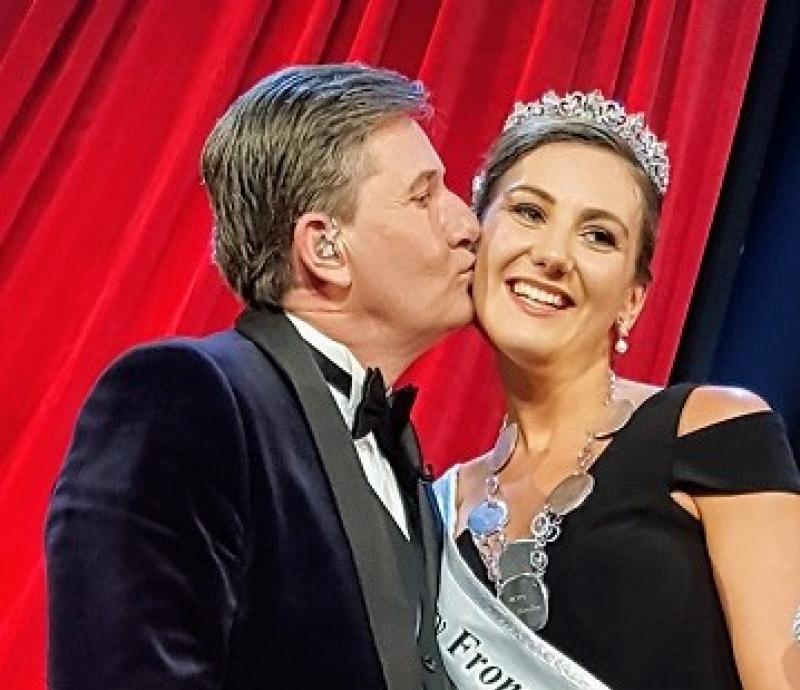 Róisín Maher - a Carlow born New York contestant in the Mary from Dungloe competition - has been crowned the 2019 winner.

The title of the 52nd Mary from Dungloe went to the Carlovian much to the delight of her friends and family at home in the Dolmen County.

It was the perfect end to a memorable week for Róisín who works as a Construction Project Manager in Queens in New York.

She was announced as this year’s Mary from Dungloe at the end of Sunday night’s Crowning Cabaret by host Daniel O’Donnell.

The event, which was broadcast live tonight on TG4, was held in Rosses Community School in Dungloe. It was the highlight of another fantastic Mary from Dungloe festival which drew huge crowds to the Rosses over the last ten days.