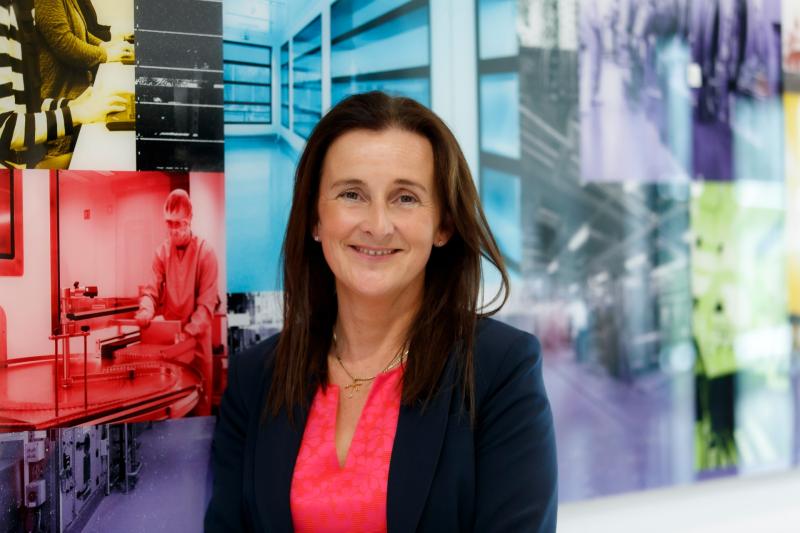 MSD Ireland, one of Ireland’s leading healthcare companies, has announced that Marie Martin has been promoted to Plant Manager MSD Carlow, with immediate effect.

Marie succeeds Jean-Albert Pittaluga who was Plant Manager since 2014, a period which has seen the site established as a state-of-the art biologics and vaccines facility. Mr Pittaluga has been appointed Plant Manager of MSD’s Mirabel site in France.

MSD’s Carlow site currently employs over 500 people and is involved in the manufacture of multiple vaccines and biologics in the MSD product portfolio.

The existing site opened in 2008 and was MSD’s first vaccines facility outside of the US.

The site has seen ongoing investment and expansion since opening, most recently with the announcement last October, that a 13,000 square metre facility will be constructed adjacent to MSD’s existing Carlow plant on the Dublin Road.

The new expansion is scheduled to commence manufacturing operations in 2022 and will employ an additional 170 staff and 100 contractor staff when operational.

"Marie has been an integral part of MSD Carlow’s growth since joining the team in December 2008.

"She joined as the Commissioning and Qualification Lead for the Carlow project and has held roles of increased responsibility across both Quality and Technical Operations.

"In 2018, Marie was promoted to Executive Director, Operations, where her remit was expanded considerably to include both technical and manufacturing operations.

"I know that Marie will lead Carlow to even greater success in the years ahead and will be fully supported by the extensive, experienced team at the site."

"Over the past 10 years we have grown to be one of the region’s largest employers and we take great pride in the fact that our Carlow employees are increasingly working at the cutting edge of medical science and technology, contributing to the health and well-being of people around the world.

"I look forward to working with this exciting team to continue to ensure we play a pivotal role in making and supplying critical medicines and vaccines which benefit patients in Ireland and across the world."

MSD Ireland has been in operation for over 50 years, and currently employs approximately 2,300 employees across five sites in Carlow, Cork, Dublin and Tipperary.  In addition, the company operates substantial Human Health and Animal Businesses.

For information about all roles in MSD please visit www.jobs.msd.com/ireland