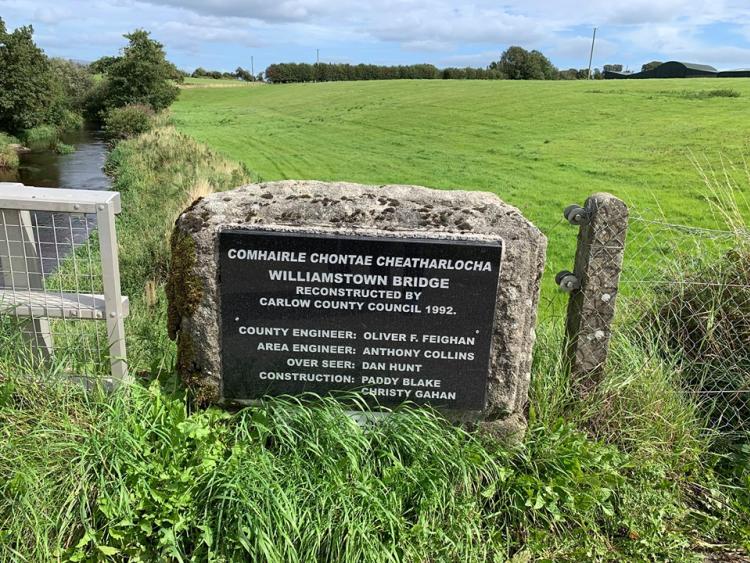 The Williamstown Bridge plaque has been replaced after "falling foul of the elements" over decades.

Cllr Brian O'Donoghue said: "Those of you who drive, cycle, run or walk in Williamstown will have noticed this (pictured above) over the last number of weeks.

"Williamstown Bridge was built in 1992 to replace the old iron bridge, it was probably the last bridge that was designed, built and installed by direct labour in Carlow County Council.

"In recent years the plaque which acknowledged the work and the workers had fallen foul of the elements over the last 25 or so years and eventually came down.

"I’m delighted to have made sure that the people involved in this project can continue to be acknowledged.

"It’s also brilliant to have had local monumental sculptor John Halligan commissioned to do the work.

"While it’s not the biggest or most noticeable project in the world, it’s small, local and historical pieces like this that we still need to take care of."