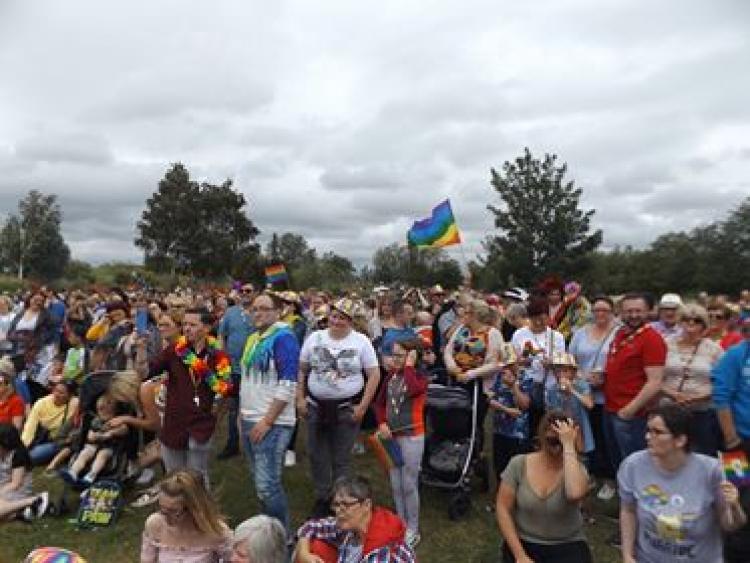 The first ever Carlow Pride Parade this year was hugely popular

A Carlow Pride mural "will need planning" after councillors passed a motion in support of the LGBT community in Carlow Town.

Read also: GALLERY: Hundreds take to the streets as part of Carlow's first ever Pride Parade at weekend

Calls for have been made for a "Carlow Pride specific mural" to be installed in Carlow Town after the success of the inaugural parade this year.

Cllr Adrienne Wallace tabled a motion at Thursday's meeting of Carlow Municipal District which requested that the Council commit to supporting the development of a "Pride specific mural in conjunction with the Carlow Pride Festival Committee".

The motion added: "Following the historic and hugely successful Pride festival that took place in Carlow in July, this Council will commit to developing a Pride specific mural in Carlow Town to not only mark the event, but to create a beacon of hope and encouragement to the LGBT+ Community in rural Ireland who still have to overcome numerous difficulties.

"This Council should work with the Pride Festival Committee who has already provided research on the issue."

Members passed the motion but were told by the Council's executive that the mural "will need planning permission".

Cllr Wallace said they would have to go through the planning processes but the motion was also about endorsing and supporting the Carlow Pride Parade.

Cllr Fintan Phelan said there was "huge support" for this year's Parade and the Council "should encourage more days like that".