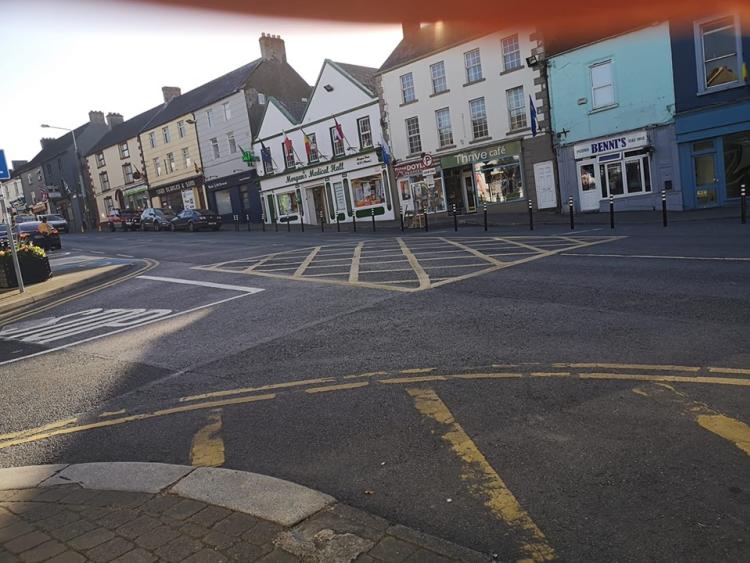 Carlow councillor Will Paton has moved to reassure residents and businesses over parking restrictions in Tullow.

In a post on Facebook, Cllr Paton said: "Just a reminder that the parallel parking on the Market Square is NOT permanent, rather is it an experiment to see how the Market Square might be re-shaped into the future.

"The bollards will be removed Saturday and normal nose-in parking will resume. Nose-in parking has resumed in front of the Bank of Ireland.

"Local councillors met with the members of Tullow Active Retirement Group before the Local Government Elections in May and so many elderly ARA members told us that it was virtually impossible for them to reverse out onto the N81 in safety and that they were in fear of their lives.

"They demanded another solution."

He added: "In the early part of the New Year 2020, Irish Water will dig up the main street and replace the 100 year old water pipes and replace with pipes to serve Tullow for decades into the future.

"Make no mistake about it, this work will cause much disruption in the town centre and make the ploughing look like a picnic in comparison. Think about the roads closures along Tullow Street, and Dublin Street in Carlow town.

"When Irish Water is finished, the N81 will get a new surface.

"It would also be wise to consider if any changes are required to the streets cape of the Market Square so those works can be done at the same time as the works by Irish Water to minimise the length of the disruption.

"I will be proposing that a Tullow Traders Liaison Committee is set up to work alongside the Council in making any decisions about change or improvements, making sure that the Traders concerns and voices are heard early on in the process.

"Note these improvement works will depend on additional funding coming from TII. No funding no improvements."