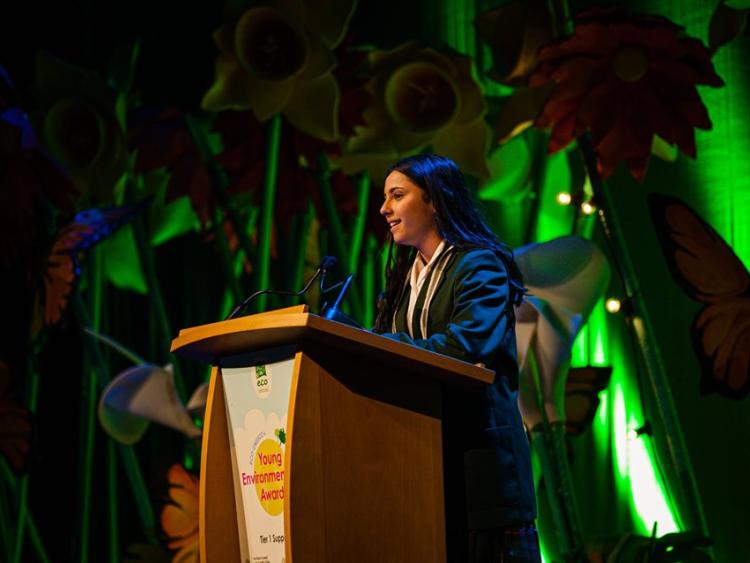 Alicia Premkumar - who lives in Castle Oaks in Carlow - has been chosen for the second year running to receive a national Royal Irish Academy of Music Award for Musical Theatre.

Out of 42,000 students who take these exams each year, only 1% actually receive this prestigious award.

Alicia's mother, Carole, said: "This special award is given to 1% of the thousands of students who underwent music exams throughout the year and she is so grateful for this opportunity. The awards ceremony will be in January."

The proud mother added: "So, she is currently studying for her Grade 7 RIAM Musical Theatre exam. She received this national award for her Grade Six exam and distinction in the exam too for the second year running.

"It means a lot to be recognised on such a professional level and she is so grateful to all who encourage her.

"As parents, myself and Stan want to see her happy so that opportunities like these are there for people and music loving kids is the icing on the cake. She's currently getting ready for the Olympia panto this Christmas."

Alicia is with Spotlight Stage School & Productions in Carlow who have also paid tribute to the young woman's achievements.

Alicia has played roles such as Orphan Duffy in Annie in the Cork Opera House and Dorothy in the Wizard of Oz with Slapdash Productions and Chip in Beauty and the Beast with Striking Productions, as well as Bangles in Bugsy Malone in the Theatre Royal Waterford among others.

Alicia also set up her environmental group Planet Pals when she was nine and was invited to Trinity College Dublin along with 26 other participants throughout Ireland who showcased what they were doing to combat climate change.