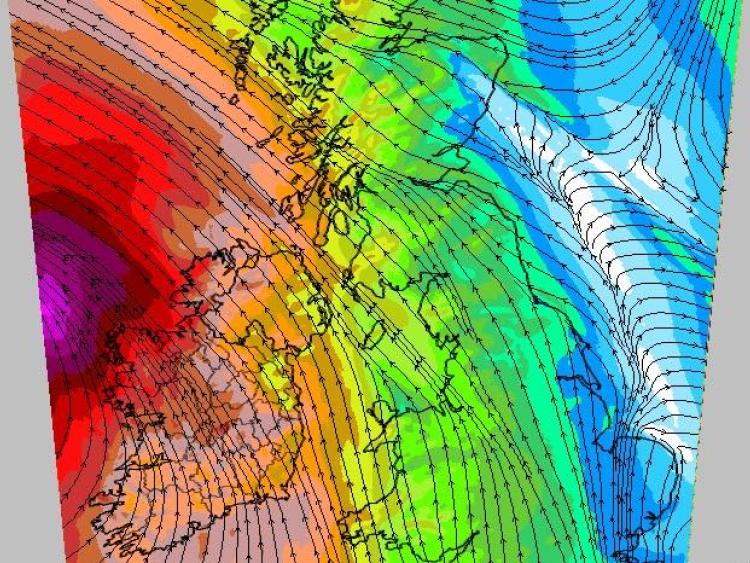 Met Éireann's Status Yellow wind and rainfall warning for Ireland are now in effect and will last until Friday as Storm Lorenzo is expected to wreak havoc across the country.

Read also: Emergency crews on standby and flood barriers up in Carlow as Storm Lorenzo approaches

The wind warning is valid from 9am on Thursday until 6am on Friday with gusts up to 100km/h resulting in "some disruptive impacts" as motorists are advised to look out for fallen trees and debris.

The rainfall warning is valid from Thursday 9am until Friday at 9am.

Latest HIRLAM charts this morning showing some very heavy rainfall from #StormLorenzo with a risk of some local flooding, along with high seas this will increase issues on West coasts. While we may be avoiding the worst case scenario in terms of wins flooding remains a risk. pic.twitter.com/dMk752ngt4

A Status Orange wind warning has been issued for Galway, Mayo, Clare, Kerry and Limerick from 6pm on Thursday to 3am on Friday morning.

Southwesterly winds veering westerly will reach mean speeds 65 to 80km/h with gusts generally of 100 to 130km/h, higher in coastal regions.

Cork - which was included in the orange warning - has now been given a Status Yellow warning like the rest of the country.