Revealed: Almost €400,000 in funding for improvements to four Carlow towns and villages

Leighlinbridge has secured €100,000 for the erection of speed control signs and other projects 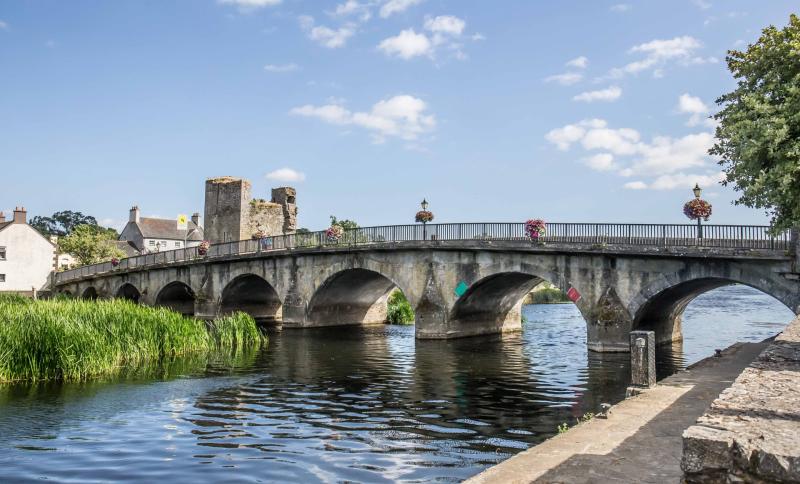 A sum of €399,691 has been allocated for improvements to four towns and villages around Carlow, Fine Gael Deputy Pat Deering has confirmed.

"I am delighted to confirm those towns and villages in Carlow have received funding of almost €400,000 in total under the scheme this year."

Leighlinbridge has secured funding of €100,000 to erect a monument to John Tyndall, renovate the existing playground, erect speed control signs and paint rails.

Ardattin funding of €100,000 to further the development of the Community Hall and the old Coach House.

And Hacketstown receives funding of €99,727.11 to construct a footpath and playground; the installation of school solar signs, street lights and painting works.

Deputy Deering added: "These excellent initiatives are will ensure our smaller towns and villages are more attractive and sustainable places in which to live and work.

"The funding, allocated under the Town and Village Renewal Scheme, is a key part of the Action Plan for Rural Development and the Government’s Project Ireland 2040Programme for Rural Regeneration.

"The benefit of previous funding under the Town and Village Renewal Scheme is now being felt countrywide and I am delighted today that even more areas in Carlow will benefit from the funding.

"Almost €68 million has now been approved for more than 830 projects across the country under the Town and Village Renewal Scheme since it was introduced in the second half of 2016, with more than 600 of these approved since the Action Plan for Rural Development was launched in January 2017."

Minister for Rural and Community Development Michael Ring said: "Interest in the Town and Village Renewal Scheme this year was very high and the scheme was heavily over-subscribed.

"It was not possible to fund all the applications received, but I am pleased that many of the towns and villages which have been successful this year are receiving funding under the Town and Village Renewal Scheme for the first time."

Deputy Deering added: "I want to thank Carlow's local authority for engaging with local communities in these instances to help them to identify good community enhancement projects which have received support."