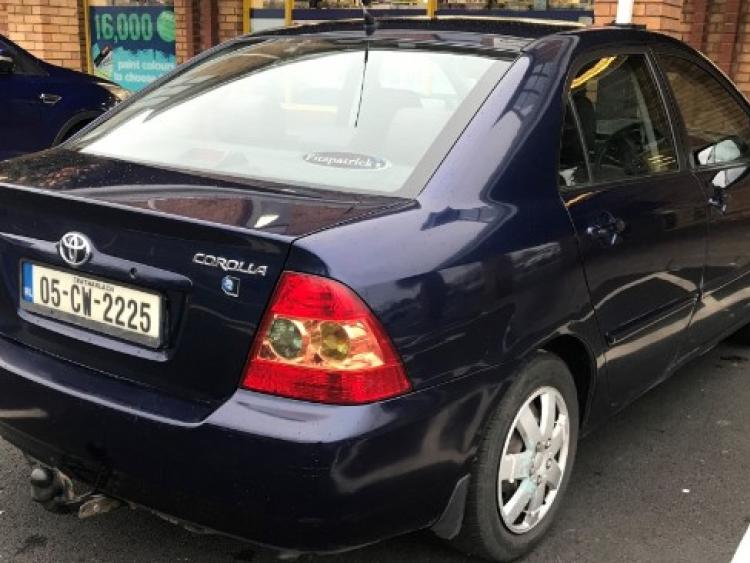 The car in which man was murdered

Gardaí investigating the murder of a man that occurred at Mount Andrew Court, Lucan, on Monday are appealing to the public for assistance in tracing the movements a Carlow-registered car in the five days leading up to the incident.

Gardaí attended the scene of a car on fire at Mount Andrew Court, Lucan at approximately 7.50pm that evening.

Dublin Fire Brigade attended the scene and extinguished the fire.

The body of a man was discovered in the front passenger seat of this vehicle.

His body was removed to the State Morgue, Whitehall where a post mortem was conducted by Dr Heide Okker, State Pathologist.

Following the post mortem, it was confirmed the body is that of a man who died from a number of gunshot wounds prior to the car being set alight.

RTE identified him as a 42-year-old convicted criminal Wayne Whelan, from west Dublin.

Whelan was involved in drugs and organised crime and survived a previous attempt on his life earlier this year.

The car was a navy Toyota Corolla, registration number 05CW2225. It's understood this car was sold on Wednesday 13th November.

At a Press Briefing held at Lucan Garda Station this week, Superintendent Paul Dolan said, "I am appealing for any person who has seen this car or knows of its whereabouts since the 13th November to contact investigating Gardaí.

"I am also appealing to any person in Mount Andrew Estate, who saw this car or to any person who witnessed or has dashcam footage in relation to the incident on Monday night 18th November 2019.

"To help assist people in their recollection, the Ireland v Denmark International Soccer match was taking place at the time".

An incident room has been established at Lucan Garda Station.

Investigating Gardaí are continuing to appeal to the public for information and can be contacted at Lucan Garda Station 01-6667300, the Garda Confidential Line 1800 666 111 or any Garda Station.