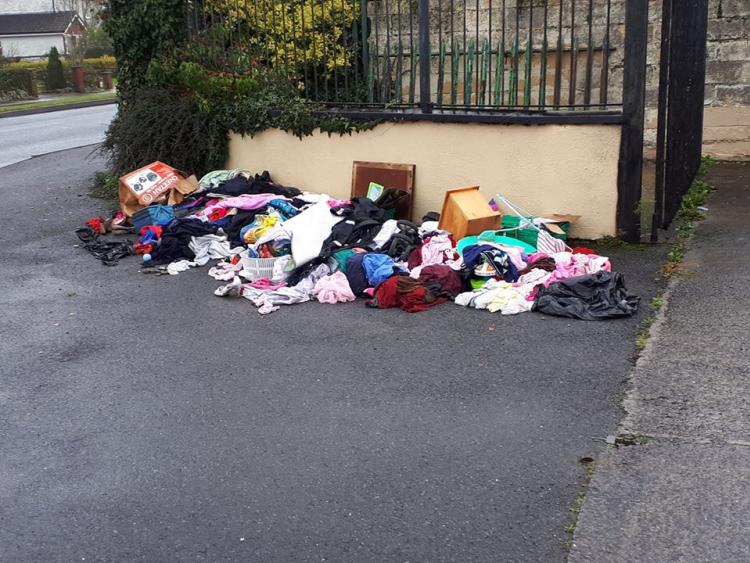 An investigation has been launched after clothes were dumped outside a Carlow charity shop on the Hacketstown Road, Pollerton.

The Carlow APA Charity Shop posted an image of the clothes - left strewn on the ground near the road - on social media this Monday morning.

They warned whomever dumped the clothes at the gates to "be aware that Gardaí and Environmental Officers are notified and legal action will be taken".

One person said the way the clothes were dumped is "disgraceful".

The shop gives 100% of its proceeds to A Partnership with Africa, and Irish-based NGO working in Ethiopia, Tanzania and Kenya.