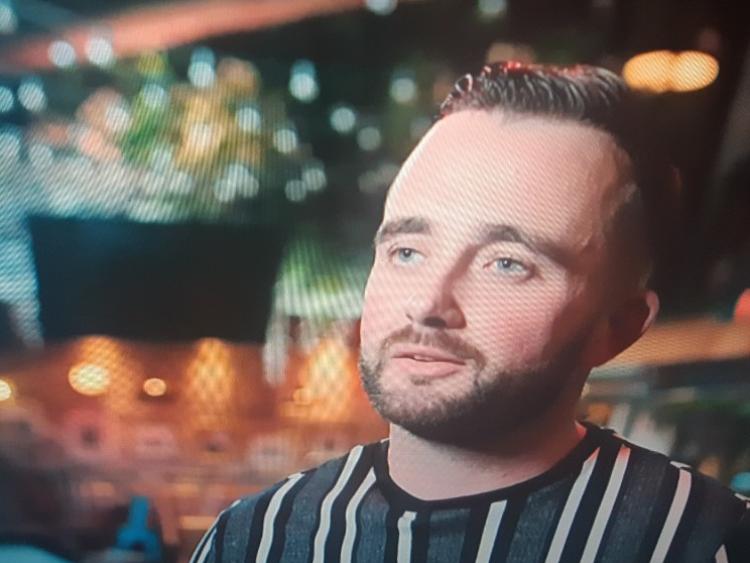 Pulling With My Parents, featuring Patrick, was on Monday night

A Carlow man has stolen the show on the series finale of the RTÉ hit show Pulling with my Parents and also managed to nab himself a couple of dates in the process.

He featured on the series finale of the show on Monday night. The concept of the show is that parents get to take over the dating life of their offspring, in the hope of finding true love.

Patrick found two women to go a date with that were pre-approved by his mother, Liz and her twin sister, Ellen.

They also had access to his Tinder profile and found out that some of his chat up lines included asking a woman if she was "fond of a cheap can from Aldi".

The women found one of the dates for Patrick "in the real world" of The Tower in Carlow and were looking for a woman who could do a "good jive".

On his first date with Montessori teacher Lynn, Patrick talked about going to her friend's wedding as a plus one.

He also talked about music and told her he can play the guitar and the accordion. Patrick said he would go on another date with Lynn and she said there was "good banter" between the two of them and plenty of chat.

I spoke too soon, this is absolutely hilarious #PullingWithMyParents

For his second date, Patrick went bowling with beautician Angel from Dublin, whom his mother and aunt found on Tinder and by his own admission on the date, Patrick "nearly got caught look at her arse".

He also suggested a "walk in the woods" as a good place for a date. Angel said Patrick "is really, really nice" and she "really enjoyed his company".

Ultimately, he chose Lynn to go on a second date with and she showed up too and they went for food.

Check out a clip from the show below as Patrick described the kind of woman he likes:

PULLING WITH MY PARENTS from Alleycats Films on Vimeo.